Time to unpack the secrets behind the idol craze! 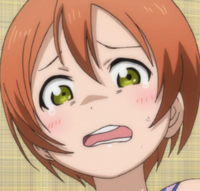 I have a confession to make.

I love idol anime—Love Live!, AKB0048, Wake Up, Girls!...I've watched and liked all of them. Now, I have many more ([email protected], Aikatsu, and Macross to name a few...) stacked up in my backlog, so it might be more correct to say I also love the idea of idol anime. (Fortunately, I'm not so far in that I'd get hooked on a mobile rhythm game featuring idols.) Of course, as an idol anime fan, I'm conscious some of the common conceptions about idol anime fans, even within the wider anime niche, and I'm well-aware of the disconcerting realities of the real-life idol industry. Despite that, I, along with many others, still find ourselves drawn to these stories of characters living out their dreams as larger-than-life music superstars. Why is that?

The answer, I suppose, is probably different for every fan, but (setting aside some of the more, ah, carnally-inclined motivations) today I want to tease out some of the common threads I've seen run through various explanations of why people like these shows, including my own experiences with them.

At the center of everything, it seems, lie the power of music and the euphoric, transcendent experience of the concert scene. Imagine, if you will, the best concert you've ever attended. Now, take the excitement, the energy, the pulsing sound of the music, and filter it through the artistic lens of the cinematographic camera designed to enhance the visceral, emotional effects of the song and the dance...you have a music video! But, what idol anime have that music videos don't is the benefit of a supportive narrative, an engaging element specifically designed to capture your affections—whether it be through dorky faces (see thumbnail) or lightsaber microphones (yes, you should watch AKB0048). In other words, the performance of glitzy idol J-pop songs accompanied by 3D CGI animation is specifically designed to capitalize on the power of the story as setpieces where you get to see the characters you love Be Cool. 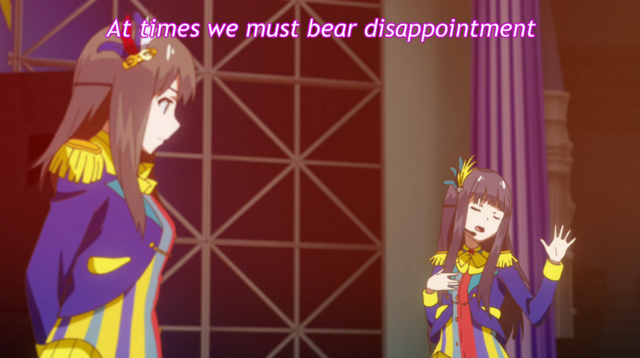 Of course, this wouldn't work merely as an aesethtic experience without a critical accompanying element; namely, relatability. And this, perhaps even more so than the universal power of music, is what I believe to be the all-embracing charm of idol anime: idealized pursuit of the pop icon dream, motivated solely by passion for the activity of doing music—or, better yet, being an idol for the sake of being an idol. Even in a show like Wake Up, Girls!, where the balmy conflict of Love Live!'s "save the school" quest is replaced by a harsh depiction of the real world idol machine, the characters we follow idolize idols.

I hear your cries—"That's some fancy wordplay, Isaac, but what's your point? I don't want to be an idol; how is this relatable to me at all?" I'll tell you.

It's the purity of the dream itself. It's the unlimited desire to achieve the dream without thoughts towards anything else.

Basically, it goes like this. The idol wannabes of Love Live! or AKB0048 or Wake Up, Girls! or whatever other show care about one thing above all else: being an idol. And it's not for the fame (as much as characters like Love Live!'s Nico Yazawa would try to have you believe it); it's because being an idol is...well, it's The Thing. The dream above all else, made impossible to achieve by the very fact that an idol is an ideal and human beings are inherently limited; that is, not capable of achieving ideals.

But that doesn't stop us from dreaming and it doesn't stop the characters who seek to become idols from dreaming either. Happily for them, they live in the world of anime and fiction. They live in a realm where ideals can be achieved, where you can make it to that mountaintop experience of performing in front of the entire world and know that, when you come down, you can someday go back up again. And that's a profoundly hopefully thing. As adrenaline-inducing as the minute and a half music video experiences of an idol performance can be, the true power of the scene taps into the attraction of the idol dream and then whispers under the high-pitched singing of a chorus of Japanese voice actresses, "It's possible. Finding you dream is something real that can happen."

Amidst all the other sources of entertainment (comedy, space battles, cute character designs) idol anime offer to the receptive public, I really do believe that the unmitigated, idealized hopefullness of idol anime—the image of the unlost dream—is what truly draws people to these shows. At least, that's how it worked for me.

So, are you an idol anime fan? Any of this ringing true for you, like the magical sounds of Maki Nishikino's voice? Or are you of the opinion that I've been decieved by the seiren song of a thousand high school girls? Either way, let me know in the comments what you think the appeal of idol anime is. (And remember to be nice, please!) 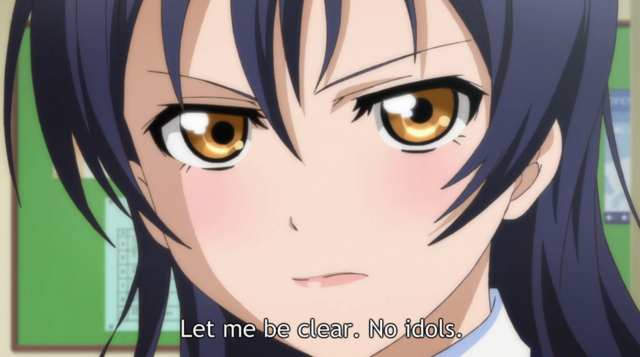