This time, it's not just the idols fighting—it's their worlds! 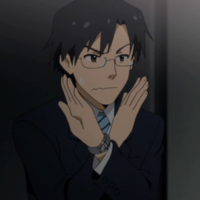 Note: this is the sequel to last week's first installment of IDOL WARS. Check it out if you haven't already!

I suppose before I begin to dig into the real meat of this topic—that is, my explanation of what I see as fundamental natures of the Big 3 Idol Anime—I should briefly explain why I consider Love Live!, The Idol Master, and AKB0048 to be the trinity of idol shows when there are still a host of other shows out there (Wake Up, Girls!, Aikatsu, Locodol, and even male idol shows like Shonen Hollywood). While Love Live!'s presence needs no justification—by virtue of being the 4th best selling anime since 2000—and The Idol Master's longevity (the first iteration of the franchise appeared in 2005) imbues it with staying power few franchises, idol-based or not, can claim, the argument for AKB0048's inclusion is perhaps less obvious. There are three reasons, but the most important and relevant of them is that AKB0048 exemplifies a particular sort of point on my perceived idol anime continuum—which, as it happens, is the subject of today's column.

To put it simply, I think the Big 3 Idol Anime make for some really fascinating comparisons because of the differences in the ways they approach the idea of idols, characters, and making a show out of them. 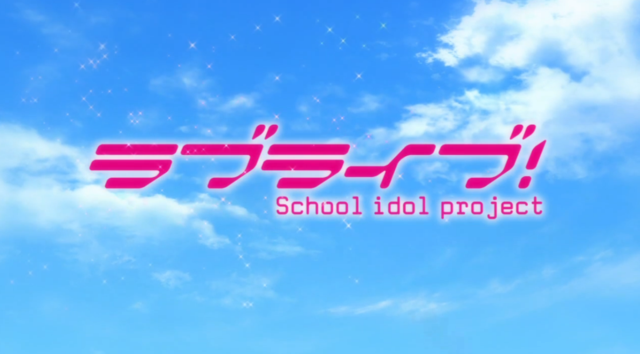 Of these three anime, Love Live! is the simplest to talk about because... well, it's the simplest show! Aside from a few pushes into serious drama, Love Live! mostly functions as a boisterous, cheery comedy—it's a bit campy, it often goes for the laughs before the tears, and it's far more interested in being fun than it is about anything else. It might be a stretch to say it's the most easily likable of the three shows, but there's a reason Love Live!'s sold as many copies as it has: it's accessible and it's entertaining.

And that's all great, but I'd argue Love Live! makes an important trade in its attempt to be generally appealing; that is, it exchanges real depth in order to be as light and fun as it is. I don't really mean this is a criticism—and I'm sure there are some out there who might take issue with this assessment of Love Live!—but there's really not all that much to Love Live! once you get beyond the glitz of the charming exterior. The show itself is impressively self-contained, limiting all of its interests (beyond the simple "work for your dreams with your friends" theme) within the world of the show itself. In many ways, Love Live! is perhaps more of a fantasy world than even AKB0048's dystopian sci-fi setting—it's reflects few outside concerns, but serves more as a playground for the idols of μ's. And I think this is even more obvious when you look at Love Live!'s characters, who are mostly a pile of adorablely archetypal anime girls. Because Love Live!'s characters adhere closely to their given archetypes, they're easily "toyed" with by the franchise's fans. As warm outlines of characters rather than intricately sketched people, the Love Live! cast is easily molded into fan fiction, shipping, and fanart.

If I were to sum it all up, I'd say Love Live! is kind of like a toy that rewards engagement by just being fun. As I've written elsewhere, being a Love Live! fan hasn't just been about watching the show. It's been about engaging in a sort of play with other fans by way of the show. It lends itself so easily to fun, that it's impossible (or, at least, difficult) not to have fun with it. 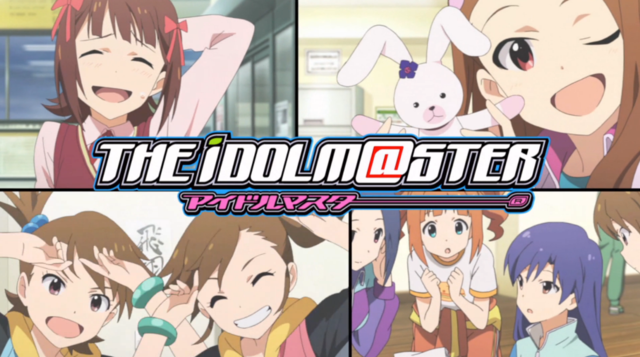 Perhaps ironically for an anime based off of a video game, The Idol Master (the original series, not the recently concluded Cinderalla Girls) is a show far less fixated on the idea of fun than Love Live!. While it certainly has its comedic highlights—like the hilarious variety show episode—The Idol Master's primary concern is about bringing a sense of authentic humanity to the world of idols. Although the anime's certainly not consistent in its quest to flesh out the twelve members of 765 Production, it does strive to (and succeeds in) making clear that many of its characters are not just simple personalities designed for mass consumption (although there's a whole different level of discussion that could happen on that irony alone), but human beings with their own desires and strengths and weaknesses.

If you've seen The Idol Master, you probably already understand what I'm talking about. With characaters like Miki, Haruka, Chihaya, Iori, and Makoto, the anime takes time to unpackage their inner lives on screen and let the illusion of the idol falter here and there. While I'd hesitate to call The Idol Master realistic, it is definitely grounded in something that could be called, at least, an attempt at reality. How does it do this? By interacting with situations and themes that have relevance far outside of its own established world. The challenges of making it in show business, the struggle to find your reason to work and live, the pain of growing apart from others... The Idol Master tackles all these, and more, throughout the course of the show, thus imbuing it with a sense of thematic and relevant weight. You can learn things from The Idol Master.

In keeping with the pattern, I suppose I'd sum up The Idol Master as the idol show that's truly about idols as people. It wants its audience to understand that you can love idols not just for being idols, but for being the people who work to become idols—because, just like you, they are people and they do have to struggle with the challenges of being human. 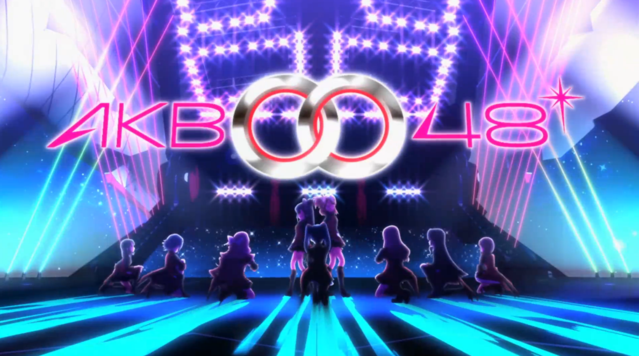 And so, we come to the final point on the idol path, to the idol anime with the biggest ambitions and the biggest ideas. If Love Live! is about the experience of idols and The Idol Master is about loving idols as people, then AKB0048 is the show truly about idols themselves. What does it mean to be an idol? What, beyond all the practical considerations of reality, is an idol? To use a more esoteric phrase: What is the Platonic Ideal of an Idol? These are the questions AKB0048 poses, and answers.

Of these three shows (even the exceedingly archetypal Love Live!), I consider AKB0048 to have the "worst" characters by conventional standards. Although many of the characters have their own motivations and nuances, nearly all of the most prominent ones are consumed by the all-important desire to become the abstract "best idol." And I would argue that AKB0048 itself is genuinely a show that tries to be the "best idol anime" or the "most idol anime." By placing idols into an extreme setting, an science-fiction future where entertainment itself has been outlawed and the idol group AKB0048 is an anti-establishment gurrelia group formed around the ideology of promoting entertainment (and, by extension, love), AKB0048 attempts to demonstrate the most magnanimous of effects idols can have. I said earlier that Love Live!'s world is more of a fantasy than AKB0048's, but AKB0048 the show is far more detached from the reality of the idols than any other idol show. It is, really, the philosophy of idols.

By detaching itself from the casual charm that dominates Love Live! and the grounded human reality of The Idol Master, AKB0048 exists on the farthest point on the idol anime continuum towards a purely theoretical, abstract, intellectually-oriented idol anime as is possible to get. From that perspective, it's no surprise that it's the least popular of these three—it's by far the most inaccessible. 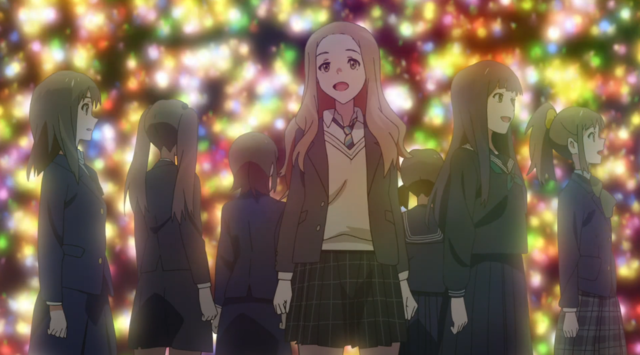 Again, I don't write any of this to really commend or damn any of these shows (or to dismiss the idol anime I've not talked about here). I'm really just fascinated by the way these three shows differ from each other and their treatment of the idea of "idol," despite the unifying element of the "idol anime genre." Which particular show appeals most to people is likely to depend mostly on what they want—as far as I'm concerned, AKB0048 is my favorite and the "best" of the three, but I'm prone to love stuff that uses stories to explore fundamental concepts. For others, the simplicity of Love Live! may well be balm amidst a tough life, and for others the humanity of The Idol Master might be extremely important.

I think if we can all agree on loving idols, there's not really much of an idol war to be fought here.

That's the end of IDOL WARS! Let me know what you think of my assessment of these three shows in comments! For those of you who have seen all three, which one's your favorite—and why? And, most importantly, what does it mean to be an idol? 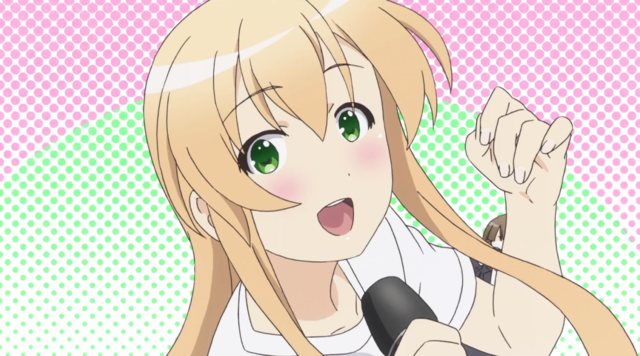