FEATURE: Aniwords – "Noragami Aragoto" and the Failure of the Gods

Bishamon did nothing wrong! And I'm here to prove it! 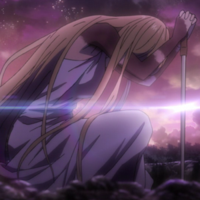 SPOILER WARNING – This analysis contains spoilers for the entirety of Noragami Aragoto up through episode 6.

Noragami Aragoto closed out the fan-favorite Bishamon Arc this past Friday, and I was delighted to see the show really highlight what I think has been the most compelling thematic material of its season and a half run: the relationship between gods and humans. And so, before the story of Bishamon as told through the lens of a modern take on Japanese religion is buried beneath the sands of time and the long memory of a god's lifetime, I want to take a moment today to talk about what I see as Noragami's message about the complex interactions that emerge when gods and human meet.

If you consider the Bishamon Arc in the context of the overall story of the Noragami manga—in the manga, without the anime-original Rabu arc, it comes directly after Yukine's arc—suddenly it starts to have a lot of weight beyond just a story of a goddess and her errant children. Placed next to the Yukine Arc, the Bishamon arc shines as a constrasting example of how gods rule and relate to their followers. We've seen how Yato dealt with Yukine's misbehavior; now we get to see how Yato's eternal rival handles similar misdeeds. 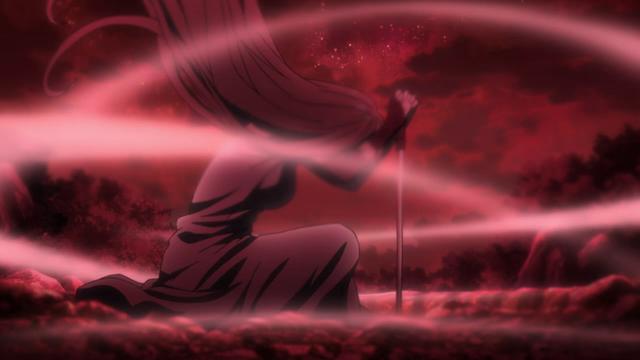 The differences in the way the Bishamon Arc and the Yukine Arc turn out are further highlighted by their superficial similarities. In both, we see Regalias rebel against their masters, and in both we see the gods bow low—almost to the point of death—to endure the sins of those for whom they have taken responsibility. And that's approximately where the similarities end, because the attitudes Yato and Bishamon respectively take regarding their Regalias differ significantly and ultimately define how the arcs play out. In Yukine's arc, we saw Yato put up with all of Yukine's rage, loneliness, and pain out of hope that Yukine might come out of the experience stronger and more whole. And, ultimately, Yato's desire for Yukine become reality.

However, Bishamon's story is far different. We're never told why Bishamon initially began collecting as numerous Regalia, but that's not as important as seeing how her guilt over how her "flaws" were responsible for the deaths of the "Ma" clan compells her to continue to expand her new clan. For reasons—we might call them "selfish"—Bishamon continues to save lost spirits and turn them into Regalia, all of whom reside with her in a sort of heaven. Ultimately, though, because of the loss of connection having so many Regalia naturally produces, Bishamon becomes unable to prevent the betrayal and disaster that makes up the plot of her arc's story. Unlike Yato, who's relationship with Yukine (for better or worse) is intimate and personal, Bishamon and her Regalia are marked by detachment and surface-level kindness.

This, then, becomes the question: was Bishamon wrong? 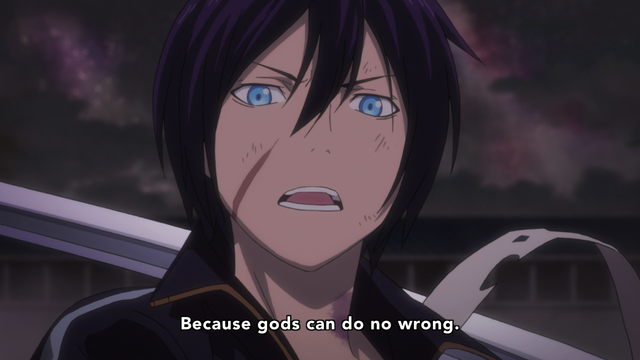 Yato argues that she is not, by virtue of her divinity.

Back in episode 5 of the Noragami's first season, in the midst of Yukine's nascent descent into evil, Yato tells Hiyori, "People decide what's right and wrong, but those things don't apply to gods... gods can do anything they want," and he repeats this very line to Kugaha with a mixture of contempt, arrogance, and rage. "Do you know why?" Yato asks. "Because gods can do no wrong." Likewise, Yato shouts out after Bishamon as she departs to protect her remaining Regalia from Kugaha's Phantom: "You shouldn't feel bad one bit! I wouldn't! No matter what anyone says, what you're about to do... is right!" After all, Bishamon is a god—and gods cannot be judged according to human standards. Like tornados or earthquakes, their existence simply is—and humans can do nothing but accept that reality or not.

Kugaha fails to comprehend or acknowlege this, and it's his downfall as he is literally cast out from heaven by Bishamon, banished from an Eden for Regalias. Jealous or lonely or simply craving attention, he takes it upon himself to invalidate the way Bishamon rules over her Regalia. By attempting to force her succession, Kugaha attempts to impose human values—indeed, his personal values and conception of person of the god Bishamon—upon his master. In essence, Kugaha tries to play the role of a god... and that is an act that cannot be tolerated, even by a Bishamon willing to be stung over and over again by her Regalia. 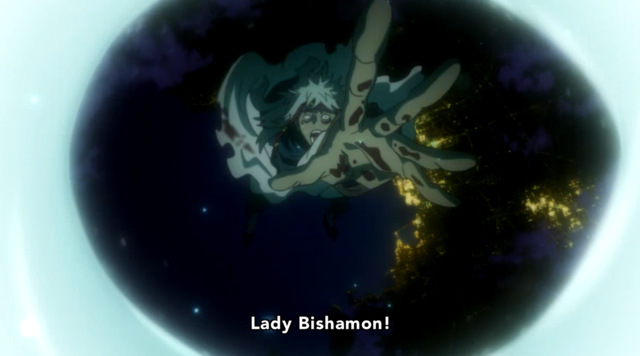 And it is this reality—born out of the way Bishamon has chosen to rule—that Kazuma laments. "We humans are the ones always making mistakes," he says. "Veena, you can do no wrong." In other words, it is the eternal lot of humans to hurt their gods and it is the eternal lot of gods to bear the pain caused by humans. This is the fundamental reality that underlines the relationship between of being of perfection and an imperfect human. Luckily for Yukine, Kazuma, and the rest of Bishamon's Regalia, their gods are merciful ones (contrast this with Tenjin, who banishes a Regalia over a single sting). They expect and tolerate the weaknesses of their human subjects, as well as the pain it causes them. "I don't mind," Bishamon tells Kazuma. "After all, what human won't hurt me?" Once again, this is the reality of dealing with and loving the divine. Humanity can never measure up, can never be perfect. And the gods humans serve can never apprehend this struggle on their own. For them, it doesn't matter—Yato and Bishamon are both equally justified by merit of divinity to rule in whichever way they see fit—unless they want it to.

"Kazuma. Be my guide," Bishamon commands her dispirited exemplar at the end of the episode. "You're human. You're allowed to make mistakes." Yato has accepted and chosen to live with Yukine's pain, and now Bishamon attempts in her own way to understand her Regalia anew. Bishamon can do no wrong. Her Regalia will always fail at some point. But that's fine. That's merely the natural order of the relationship between gods and humans: humans are allowed to make mistakes and gods don't even have the capacity to make mistakes. It's an impossible barrier to surmmount—can perfection ever comprehend imperfection, or imperfection perfection? The answer's no, but Noragami Aragoto's Bishamon Arc seeems to suggest that there's value simply in the generosity of the divine and the struggle of the human. 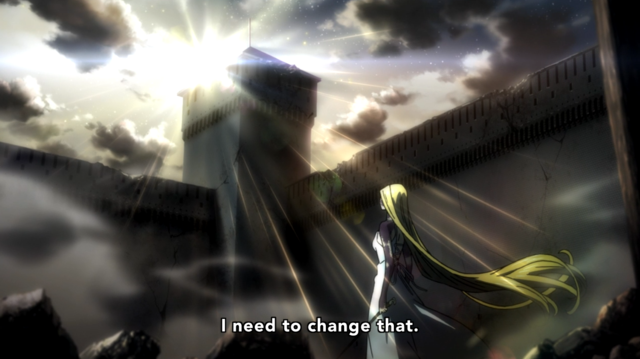