Mob may not be like your normal hero... but that doesn't mean he can't SAVE ANIME!!! 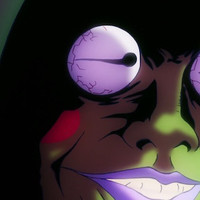 In recent weeks, my colleagues here on the features team have written on the visual strengths of Mob Psycho 100, including its animation and its visual direction. And the show certainly deserves praise in these two areas; it stands out from its peers for the quality of each. However, what I’d like to propose is that Mob Pyscho 100’s most fascinating and laudable characteristic is neither that it has strong animation from a talented group of animators nor that it has creative, diverse, and flexible direction—but rather, that it has both simultaneously.

I want to make clear that I’m not necessarily arguing Mob Psycho 100 is unique or completely consistent on these terms. Certainly, plenty of other shows have sakuga (more on that here) and lots of anime are well-directed and even a small number are successful in both those categories, as Mob Pyscho 100 is. However, there is are particular traits in Mob’s animation (the sheer quality of craft, and formal experimentation) and direction (a self-consciously cinematographic nature) that make them stand out amongst the crowd—and the combination of them is why I find it worthwhile to discuss Mob Psycho 100 as not just a good “sakuga show” or “well-directed show,” but as an anime that combines both of these in a way that breaks down the barrier between animation and cinematography. 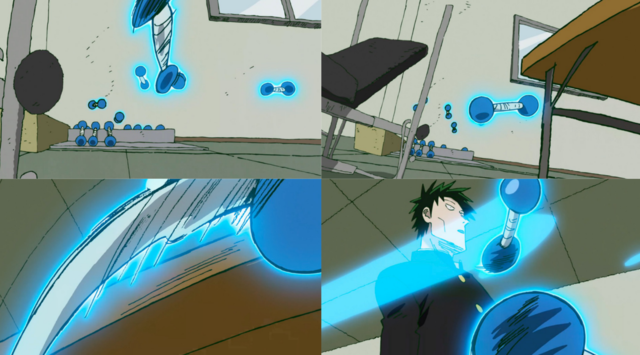 To further explain what I mean, consider this cut from the final battle of One Punch Man.  In particular, pay attention to the way the cut is shot. While there’s plenty of motion going on throughout the duration of the clip, the way the motion is framed is pretty standard for an sequence like this in that the camera only shoots from the point that allows particular moments of action to be highlighted as they occur—thus, the frame becomes nothing more than a container into which the admittedly impressive motion occurs. Note that I don’t mean this as a criticism of the cut, per se. For what it’s doing—an action scene—it’s perfectly appropriate and serviceable.

However, by way of contrast, check out this cut from the third episode of Mob Psycho 100. As you can see in the screencaps above the previous paragraph (all taken from this cut), there’s a decidedly more elaborate cinematographic quality to this cut—that is, it looks as good in stills, in single images as it does in motion. While a substantial portion of the appeal is in the delight of the colors and the abstracted shapes used by the animator to portray motion, a great deal of the still images' quality is derived from the way the motion is framed. In this cut, the cinematography is not just a vessel in which animation happens, but an active partner in creating a particular visual effect. The storyboards and animation complement each other, and the end result is something special.

This cut, as with many others in Mob Psycho 100, is demonstrative of a joint product between animation and cinematography—as I like to call it: cinematic motion. The individual “shots” and the ornate layouts (which appear to me to be self-conciously cinematographic in that they call attention to themselves by way of their obvious flair) that make them visually excellent are linked together not by editing techniques, but by animation. The transitions between shots, rather than being through the static cut, are created via motion. Of course, this doesn’t mean that Mob is one long take—there are plenty of cuts throughout—but it does mean that the cuts, rather than being used to frame individual shots, are used to frame the motion. Cinematography and animation become so intertwined that it becomes difficult to separate them. When we pause the animation and find within it an evocatively frame shot, we have found cinematic motion. Likewise, when we press play and the still shot flows into frame after frame of moving images, we have found cinematic motion. 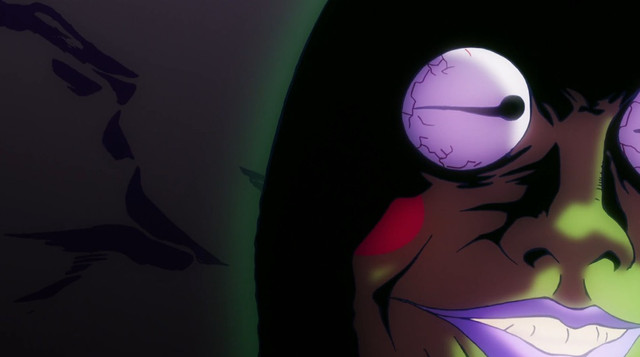 I said before that Mob Psycho 100 isn’t necessarily unique on these terms—the unification of still shots and motion has been something Yutaka Nakamura, the famous BONES action animator, has been experimenting with since Blood Blockade Battlefront all the way through Concrete Revolutio. However, I don’t think there’s any aruging that the addition of director Yuzuru Tachikawa’s direction to animation director Yoshimichi Kameda and co.’s animation has resulted in a far more polished product. And as Mob Psycho 100 continues to blur the lines between what is cinematography and what is animation, it draws close to the fundamental nature of animation itself. In creating moving pictures notable for their appearance as both still images and moving sequences, the frame itself becomes animation. It’s like having your cake and eating it too, except in this metaphor the cake is a bunch of pictures that you eat with your eyes.

What do I mean by the fundamental nature of animation? Well, that’s the reason I think all of this stuff in Mob Psycho 100 is worth talking about. This is perhaps an arguable point, but the element of animation as a medium that seems to be most defensible as its distinctive trait is the fact that in any given cut, there’s the potential for a single animator to have complete control of the frame. And this is where we turn our attention to the formal experimentation of Mob’s animation. Here, the best example is unequivocally the paint-on-glass animation of Miyo Sato (from episode one). Sato’s work, including another cut in episode 3 and the entirety of the show’s ending sequence, is a distilled display of animation’s capacity for displaying a single creator’s vision of artistic motion; it doesn’t matter that the animation itself was created by paint on glass as opposed to pencil on paper, it’s still animation. Although the method within the form changes, the form itself remains. 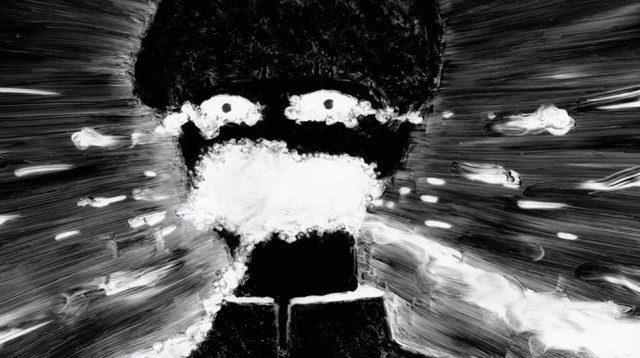 To return to the point about animation and cinematography working in union, the majority of Mob Psycho 100’s cuts are, in a sense, a deconstruction of the purity of Sato’s animation as “animation in its most fundamental form.” Tachikawa may have storyboarded most of the show so far, but he’s not animating the whole thing by himself at the same time—others are working alongside him. But the aesthetic division that normally exists between “good direction” and “good animation,” to use to the broadest terms, is very nearly erased in Mob’s best cuts because of how tightly the cinematographic shot and the shot-in-motion work together. Even beyond Sato’s additions, there’s plenty of experimentation going on in Mob and Tachikawa’s direction allows that experimentation to be more than just motion, just as the animation under Kameda’s supervision, well... animates Tachikawa’s storyboards fully.

So, that’s my case for why Mob Psycho 100 is possibly the most exciting anime that I’ve ever seen from a visual/animation perspective. It’s a joy to see a show that pushes the limits of the animation medium and succeeds in as flashy a way as Mob does. Whether or not it’ll be able to keep it up for its whole run and continue to succeed with its experiments remains to be seen, but with the staff of the show reportedly on a quest to show up One Punch Man, I’m hoping for the best!

So, it’s time for you guys to weigh in! What do you think about Mob Psycho 100’s crazy animation and its overall visual style? Are you a fan? Not a fan? Let your voice be heard in the comments! 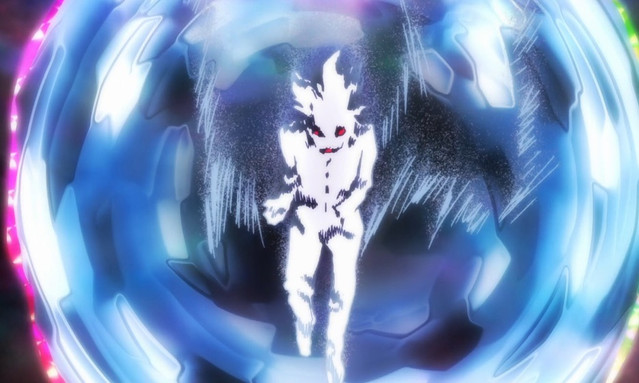