FEATURE: Kado: The Right Answer is 3DCG’s Answer to Rejection

In an environment where 3D anime struggles to be accepted, Kado: The Right Answer goes to great lengths to show what can be done. 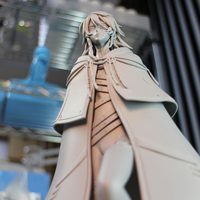 This article comes to us from Callum May of The Canipa Effect.

“I have come from beyond the stars to find the answer to one question,” inquires an alien.

What would you show them? How would you describe the medium? Most of us would immediately think of 2D animation. It’s the traditional approach, it’s how anime’s been made for a hundred years now! But as we develop generic ideas of what an anime should be accepted and defined as, we’re also fencing it off from anything that takes a new approach.

“I feel that most of the work I've done until now has been a battle.

I've been fighting the audience's impulse to reject CG."

This was a quote from Studio Orange’s President, Eiji Inomoto. Orange are recognised for their mechanical animation, particularly with the mechs seen in Majestic Prince. 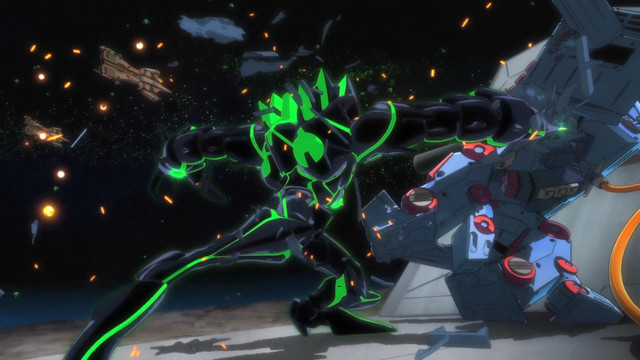 In many cases, 3D animation is implemented to realise scenes that would be unreasonable to do with 2D animation. There are too many shows that want mecha animation and not enough animators that can actually deliver that at the speed and precision that is required. It is perhaps the same reason as to why the new Berserk series was realised by GEMBA, a 3D studio. Guts is an iconic character and finding people who can create the scenes that long-time fans love in 2D without simplifying his design would be a difficult task.

It’s not cheap and it’s not easy, but 3D animation can do what 2D can’t and it’s the shows that take advantage of the unique characteristics and abilities of the extra dimension that end up truly great.

One such show being Kado: The Right Answer. Switching between 2D and 3D depending on the scene can seem awkward to begin with, but there’s an undeniable advantage to being able to blend the two. A common criticism of 3D animation is that it suffers in showing character’s faces and that they all appear to be a bit dead. However, Kado’s use of cel-shaded character models combined with digital animation and backgrounds blurs the line between the two dimensions. Simply put, it ends up looking 2D, but still maintains the advantages of 3D.

The project was thought up by Toei Animation producer Koichi Noguchi. As someone who started out as a 3D animator himself, he has made it his goal to make 3D animation accepted within Japan. Previously working on Expelled in Paradise, he hoped the film would become a catalyst for 3D CG approaches and that other anime producers would understand his vision.

Noguchi mentions that 3D animation is often very expensive to create and combined with its rejection, many of these productions end up as passion projects and their successes result in sighs of relief from their creators.

Waiting until director Kazuya Murata had finished work on Gargantia on the Verdurous Planet, the project was properly launched in March of 2015. It was at this point that they began working alongside their new 3D Director, Yasuhiro Kato, to create the world and characters that make Kado so significant.

Following the Japanese government’s attempts to negotiate with an alien being, one of the most important tasks was making his giant cube, “Kado” into something wondrous and alien. They decided to base it on a Mandelbox, a fractal object found by Tom Lowe in 2010. When Lowe originally posted the formula, 3D fractal enthusiasts explored through its bizarre shapes and set out to create their own variations. One user referred to it as a “cube cathedral”.

Yasuhiro Kato was one such enthusiast and set out to reproduce the effect, moving from software to software in order to create the image the director had in mind. Eventually this led to Kado’s exterior being rendered in Maya and the interior being developed in the game engine Unity.

The end result is something that the director notes has a certain resemblance to religious architecture. It took a long time to create, but it stands as a marvel within the show. Something that could only be created within a 3D anime. As the characters in thes show explore Kado’s purpose and how it can help humanity’s technological advancements, the viewer can’t help but explore the cube with our eyes, discovering new shapes and textures. 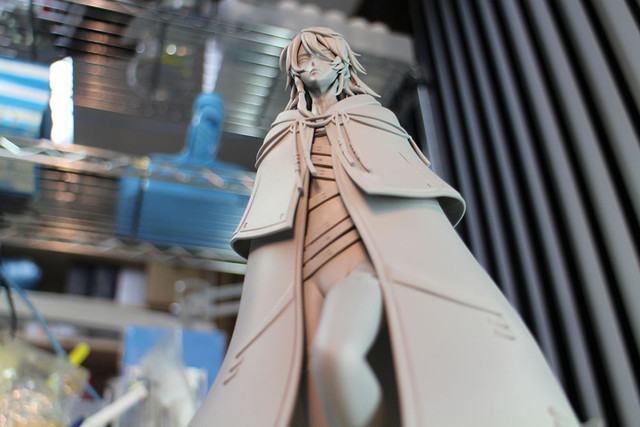 Creating Kado was clearly a labour of love as the staff explored every possible option to connect with viewers. As mentioned earlier, 3D characters can appear lifeless, so great care was taken to develop character movements and expressions. Even going so far as contacting a company called Knead who turned their characters into models allowing them to visualise scenes and know how they should look from different angles. Like how 2D character designs will have sheets with various angles and expressions, the staff chose to use 3D sculptures as reference in Kado.

However, the model itself is only part of the process. It’s not so easy to simply use cel-shading and expect characters to look 2D. Instead, as the below image shows, 2D images, highlights and colours are applied, eventually creating the handsome alien that we want to see. 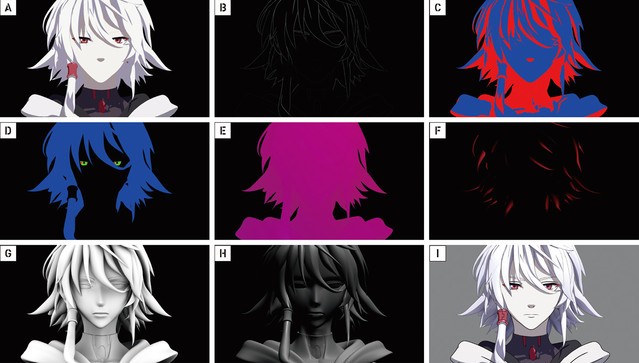 3D still isn’t perfect for blending into the 2D anime aesthetic, but Kado’s use of scenarios, scenes and objects that can only be created effectively within 3D animation is a step towards convincing Japanese viewers that there is value in this sort of production. It’s not a case of 3D anime potentially taking over the industry. They just want to be accepted within it. 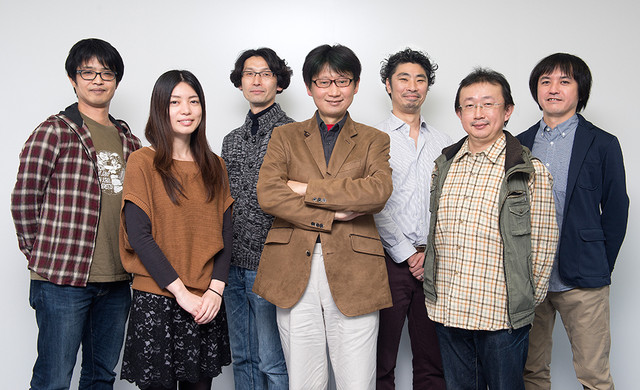 The Core Staff of Kado: The Right Answer (left-to-right)