My Own “Sakura Quest” – Exploring the Real Life Manoyama [Part 1]

Check out the real-world locations of Sakura Quest! 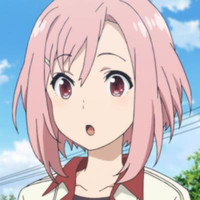 Sakura Quest is a fictional show about some very real and serious issues plaguing Japan – the depopulation and decay of the countryside and the struggles of millennials to find a reasonable job. But it's not only the show’s key themes that stem from reality; its setting is modeled after real places.

Last week I set out on my own little quest to explore the area that inspired Sakura Quest’s Manoyama. And this being a P.A. Works show, an animation studio deeply rooted in the region, you never have to look all too far to find them (and as you’ll notice later on, this is actually quite the understatement). P.A. Works is based in the Toyama Prefecture, located along the Sea of Japan coast, an area in which many of the studios’ shows, including True Tears, Hanasaku Iroha, and Kuromukuro, take place – and Sakura Quest is no exception. However, Manoyama isn’t modeled after one single place alone; it takes inspiration from all over the area. The show’s Manoyama is loosely based on Nanto, a city established only in 2004 as a result of a merger of several dispersed towns and villages. In particular, the anime seems to take inspiration from the three former towns of Inami, Fukumitsu, and especially Johana, which was also the first stop on my quest to uncover the show’s real-life locations. What did I find?

I actually started out somewhere in the middle of nowhere in the Saitama Prefecture, where I had to take three different local trains to make it to the nearest Shinkansen Station, which was Omiya Station. From there I took the Shinkansen northwest and got off at Shin-Takaoka, where I was be able to transfer to the Johana Line, which I’m sure you’re familiar with by now.

Yes, the Johana Line is the railway line that gets featured in every other episode in Sakura Quest, connecting Takaoka to Johana in roughly an hour.

I may or may not have been looking out of the door in anticipation just like Yoshino here.

Unfortunately, the train arrived at the wrong platform, so I wasn’t able to fully recreate the shots.

Manoyama Station is actually Johana Station in real life, and is the final stop of the Johana Line. While most of the show’s other locations are only vaguely modeled after their real-world counterparts, Johana Station has been recreated quite faithfully. But why exactly only the station? Well, since Manoyama gets portrayed quite poorly in the anime, perhaps the studio simply wanted to avoid casting the real town in a negative light – while at the same time still leaving enough traces for fans to follow and visit these places. And this is best done by keeping the main hub of transportation as recognizable as possible – in this case, Johana Station.

I was quite baffled as to why there was no welcome committee already waiting for me at the tracks. I still am actually.

After taking a little too long to finally photograph all the shots I wanted of the tracks, I finally headed inside to check the train schedule, and to my surprise…

…it wasn’t as bad as the anime made it out to be. Yes, there really is only one train per hour, but at least there’s still a train running after ten o’clock. Mildly interesting is the fact that the anime changed two departure times by only one minute. Any guess as to why?

The inside of the station is also faithfully recreated. The wooden carving from the anime is missing in real life, but that could still happen.

Again, there was also no welcome committee inside the train station for me.

I would’ve originally said that the glass display in the anime should also be installed in real life; however, those coin lockers did come in pretty handy for me.

The outside of Johana Station also looks the part. I was excited to see the colorful bus from the anime parking outside of the station, only to see it leave without me seconds afterwards.

Since the bus only seems to run every one to two hours, I decided to rent a bicycle at the station. As it was already relatively late, there probably would’ve been a better way to trudge around all the anime locations in the area, but I still wanted to see Sakura Quest’s most prominent location that day, which is definitely the pond. However, the pond is located more than five kilometers (plus a steep incline) away from the station, so I really had to do some serious Yowamushi Pedal level of cycling to reach it in time.

On my way I stopped by a couple of the locations located in Johana’s western vicinity, like this little shelter from episode three.

From there, I made my way to the nearby A-Coop supermarket that has also been in other P.A. Works shows like True Tears.

I also tried to keep a lookout for some smaller points of interest, but couldn’t always find a perfect match. Close enough, I guess.

While I didn’t find any field or farm road that matched up one-to-one with the anime, cycling through the picturesque landscape set against the backdrop of impressive mountains, I definitely got the feeling of being in Sakura Quest’s Manoyama. The anime really managed to capture the atmosphere of the area. Tracking down anime locations in the countryside was a nice change of pace compared to the standard Tokyo setting.

Before I finally reached the lake, I stopped by the Sakuragaike climbing center. Just like the visitors in the show, I wouldn’t have thought that there was going to be a huge climbing center in the middle of nowhere, but there it was. It was already featured in the True Tears as well.

If I would’ve had the time, I would’ve climbed up there easily. Maybe.

Located right beside the climbing center in the anime is a hideous observation tower, which also exists in real life – just not in Johana. But that’s a longer story for the next installment.

From there I just had to make a short stop at the P.A. Works headquarters and take a couple of pictures. Little did I know that I’d get to return two days later and have an interesting chat with the people at PARUS, P.A. Works' very own regional promotion organization – but again, more on that another time. And coming back to the point I mentioned earlier about never having to look too far for a show’s locations when it comes to P.A. Works, well Sakura Quest’s most prominent location is actually located right outside of the studio…

The beautiful Sakura Pond! The pond is called Sakuraike in the anime and Sakuragaike in real life, so there’s no doubt that this is the right one (on top of being right next to the animation studio). And just like in reality, the lake with a circumference of 3km was also artificially made in the anime.

However, by now you must have surely noticed that I haven’t talked about the show’s Chupacabra Kingdom yet. Well, while the concept of micronations in rural areas to attract urban tourists really is based on real life (read Nick’s article for more), the Chupacabra Kingdom is unfortunately purely fictional.

I didn’t have too much time to explore the area around the pond, but I came across this little island with a shrine on it, which must’ve been the inspiration for the one in Sakura Quest’s eleventh episode.

The island's torii gate also seems to be the one from the ‘sunken’ Mizuchi Shrine in the anime.

There are also a few bridges around the lake that come close to the one in the anime, although only design wise.

Since the bicycle rental was closing soon, I unfortunately had to turn back a little earlier than I’d liked.

But I still managed to make a quick detour to the lodge house’s inspiration.

On my way back I again got to admire the beautiful countryside.

When I finally got back to the station, the Nanto Sakura Shuttle was parked outside, so I finally got to take my pictures. I was quite surprised when the bus had the same license plate number as in the anime, but with only one bus running every one to two hours, there probably only is one of them. The bus also takes you to the lake and the P.A. Works studio if you don’t feel like cycling; just make sure to check the timetable ahead of time.

The bus driver was even kind enough to let me take pictures inside of it. As usual, I always get the standard question of where I’m from, followed by me answering Austria and the person asking always understanding Australia at first. I had to go through this routine seven times that day, but it has become somewhat of a good ice breaker for me.

Does the real life Manoyama seem like a place you’d like to visit yourself someday? For next week’s edition, would you like to see more of Sakura Quest, or are you guys up for something different like NEW GAME!! or GAMERS!? Let me know in the comments!