Hinamatsuri's Comedic Timing is So Snappy It'll Break Your Neck 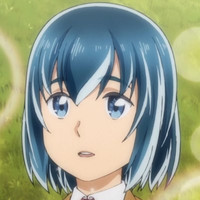 Hey everyone, and welcome back to Why It Works. We’re solidly into the spring season now, meaning I’ve started to settle into my actual watching schedule and appreciate the consistent strengths of the shows I’m sticking with. And among those shows, I’ve perhaps been most impressed by Hinamatsuri, the weird comedy about a yakuza named Nitta who unwillingly adopts a psychic girl known as Hina. Hinamatsuri’s elevator pitch is “an extremely well-executed comedy that mixes great gags and found family drama in the same styles as Miss Kobayashi’s Dragon Maid,” but here at Why It Works we like to focus on the details, and today I’d like to focus on the unique excellence of Hinamatsuri’s comedy. 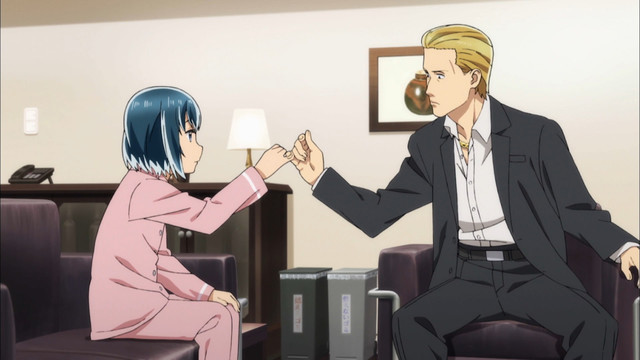 The base absurdity of Hinamatsuri’s premise offers the substance for plenty of its jokes; the contrast of a yakuza who’s actually a big softy and a deadpan young girl who could crush him with her mind powers is naturally great, and watching Nitta essentially become domesticated by Hina is both funny and genuinely endearing. But Hinamatsuri also contains plenty of standard gags; slapstick routines starring Nitta’s doomed vases, conversational misunderstandings based in Hina’s lack of context for life on earth, shots that contrast a cute face and a vulgar threat, etcetera. And Hinamatsuri elevates all these seen-them-before gags to greatness thanks to its potentially greatest strength: its understanding that comedy is 99% a question of tempo and surprise.

Horror and comedy share the fact that the element of surprise is baked into their dramatic DNA. For horror, this trends more towards suspense, as the delayed fulfillment of some horrible thing we expect to happen makes us more and more uncomfortable. For comedy, it’s more often a matter of thwarted expectations: we expect one result, the punchline is something totally unexpected, and the contrast in expectations and reality ends up being very funny. The importance of maintaining that element of surprise is made clear in its absence – our brains tend to lose interest in narratives if we know how they’ll resolve, and the same is true for jokes.

It’s a cliché that spilling out the punchline first ruins a joke, but more practically applicable to the craft of comedy is the fact that if we see the punchline coming at all, the delivery of that punchline will have to be either incredibly well-executed or surprising in its own right to make us laugh. 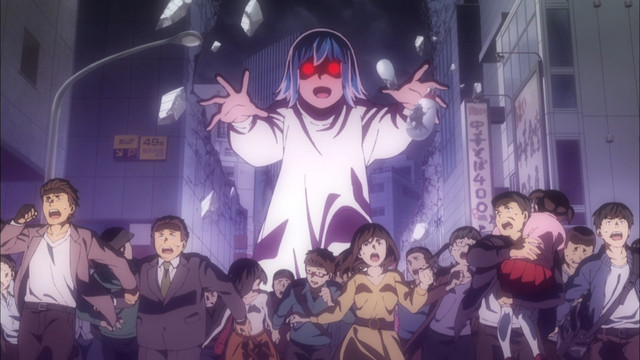 Hinamatsuri shines through a combination of those avenues. On the “incredibly well-executed” side, the show is lifted mightily through its remarkably expressive characters, as well as its understanding of when a classic gag can speak for itself. Hina’s psychic powers are actually kinda terrifying, but Hinamatsuri has dramatically disarmed them and made them hilarious by assigning a standard “aiitaa!” sound effect to every single person who gets stomped by them. Hina’s “stranger in the modern world” bits aren’t the most novel concepts, but the extreme contrast of her deadpanned determination to be a good daughter and her absolute inability to not destroy everything around her still makes them very funny. It’s not the easiest advice to put into practice, but “polishing each individual joke until it shines” is a genuinely effective way of pulling off classic comedy, and Hinamatsuri is terrific at the fundamentals.

On the other hand, Hinamatsuri’s method of making predictable punchlines surprising is a trick any comedy could adopt, and most probably should: make them snappier. When you don’t possess the element of surprise naturally, you must seize it by taking initiative, and upturning the audience’s expectations on when that punchline will arrive.

This is clearly demonstrated through one of the second episode’s best gags, where Nitta is bribing Hina to keep the new psychic girl Anzu from destroying their town. “‘Why should I do that?’ ‘Because I’ll bribe you.’ ‘Alright, I’ll do it’” is a comedic structure we’ve all seen before, but the combination of Hina’s permanent deadpan and the fact that her agreement comes before Nitta even finishes talking sells the joke entirely. Characters talk over each other to a very unusual degree in Hinamatsuri, and punchlines arrive moments after we first realize they’re even a possibility. Hinamatsuri regains through snappy pacing and a general understanding of comedic tempo what it gives up through predictable structures, demonstrating the comedic classics still have plenty of life in them. 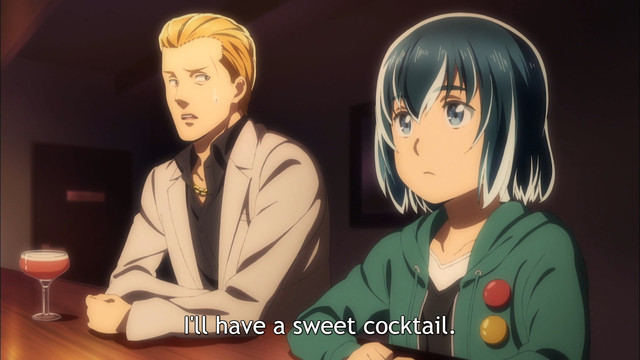 All in all, I’m having a terrific time with Hinamatsuri, and that’s before we even get to the show’s surprisingly poignant found family material. Hina and Nitta are a naturally ridiculous couple, and Hinamatsuri is relaying their adventures with an energy and sturdiness of craft that makes all its jokes sing. Don’t sleep on this heartwarming and extremely funny show!