Anime vs. Real Life: More than the Horses in Umamusume: Pretty Derby Is Real!

Check out the real-world locations of Umamusume: Pretty Derby 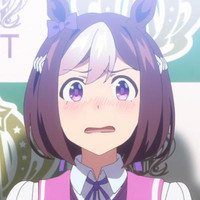 Who would’ve thought at the start of the season that Umamusume: Pretty Derby, an anime about horse racing, but with anthropomorphized horse girls that also hold idol concerts after each race, would be so close to reality? Each horse girl in the show is inspired by an actual race horse – their names, careers, and fates mirror those of their real-life counterparts. What’s more, all the competitions they compete in are also real (the part about horses singing and dancing is not, but one can dream, right?), which can only mean one thing – the show’s locations exist in real life, too!

Umamusume is a P.A. Works show, so the inclusion of real-world locations was almost a given, but their newest anime pilgrimage destinations are set to make you spend big (as if idols and mobile games weren’t already enough), as the show features actual race courses all around Japan. So let’s start with running a few laps around the Tokyo Racecourse!

Well, maybe running several rounds might be a bit much because the Tokyo Racecourse's grass course measures a whopping 2083m in length! Built in 1933 and located in Fuchu, in the west of Tokyo, the Tokyo Racecourse is considered the most prestigious venue of Japanese horseracing, hosting some of the sport’s biggest races like the Tokyo Derby and the Autumn Tenno Sho – as well as the most prominent one of them all, the Japan Cup.

Racehorses like Special Week and El Condor Pasa made history here (in the anime and real life), and others like Silence Suzuka ran their final race here.

But you don’t have to be a racehorse, jockey, or horse girl to enjoy the Tokyo Racecourse. Get something to eat like Special Week at one of the over 80 restaurants inside of the venue, or visit the JRA Racing Museum. Oh, and maybe also watch a horse race.

The race course has the capacity for 223,000 guests, with reserved and unreserved seating for 13,750 across the main Fuji View Stand (above) and the Memorial 60 Stand (below).

Horse racing is one of the few sports people can legally gamble on in Japan, so checking the horse’s condition at the Parade Ring beforehand is important (unfortunately, the actual horses won’t dramatically throw away their coats like in the anime).

The west entrance to the race course.

There are several train stations in close vicinity to the race course: Fuchu Keiba Seimon Mae Station right in front of the main gate, Fuchu Hommachi Station to the west, Koremasa Station in the south, and the one where Special Week accidentally got off, Higashi-Fuchu Station.

Higashi-Fuchu Station is actually the one furthest away from the race course, but if you want to go on an Umamusume pilgrimage, this is your stop. But don’t worry – you won’t need the stamina of a horse girl to run to the Tokyo Racecourse, as it’s only about a ten minute walk.

Speaking of train stations, in the first episode we see Special Week departing from the remote Ginzan Station in Hokkaido. It’s another neat reference to the real-life Special Week, who was also from Hokkaido. However, from what I could research, Special Week was bred at the Hidaka Taiyo Farm, which is in a completely different part of Japan’s northernmost prefecture.

I’m sure that in the real world, horse girl races would also be broadcasted live on the big screens around the famous Shibuya Crossing.

In the seventh episode, the girl’s training includes a short, laid-back 170km jog from the school in Fuchu all the way up to Nasu in Tochigi Prefecture.

And let’s finish this week’s edition of Anime vs. Real Life the way we started it, with a few more racecourses. The Tokyo Race Course isn’t the only one featured in the anime; the girls actually travel around quite a bit. The Japan Racing Association operates ten large race courses across the country. Tokyo, Nakayama, Kyoto, and the Hanshin Racecourse in Hyogo (pictured above) are known as the "big four". However, this one doesn’t count towards the Triple Crown.

The greatest accomplishment a racehorse (and a horse girl for that matter) can achieve is winning the Triple Crown, which can only be accomplished by winning all three of the country’s most important and prestigious races. For Japan, this would be the Tokyo Yushun (Japanese Derby) at the Tokyo Racecourse in Fuchu, the Kikuka Sho at the Kyoto Racecourse, and the Satsuki Sho at the Nakayama Racecourse in Funabashi, Chiba, which is pictured above. Only seven horses have actually managed to receive the Japanese Triple Crown so far. The real Special Week was not one of them, but who says that anime has to stay that close to real life?

Place your bets now! Will Special Week be able to win the Japan Cup, attain the Triple Crown, and become Japan’s number one race girl? Sound off in the comments below!