We Sit Down with the Animator and Original Creator of Den-noh Coil! 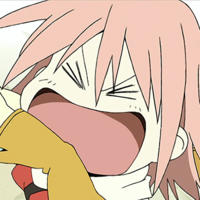 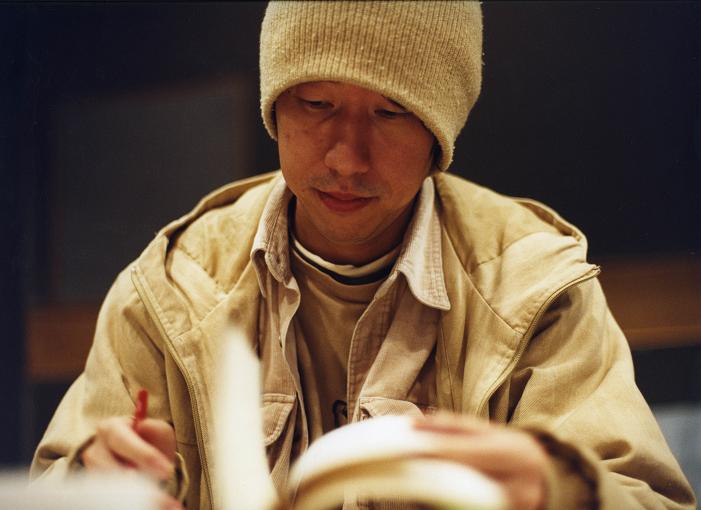 Mitsuo Iso: Hello my name is Mitsuo Iso, I’m a director and an animator, I worked as an animator for 30 years but I’ve retired from that role. As a director I have directed this anime called Den-noh Coil, I’m wearing a t-shirt from that right now, and I believe there has been a blu-ray out in North America. That’s what I’ve been doing. 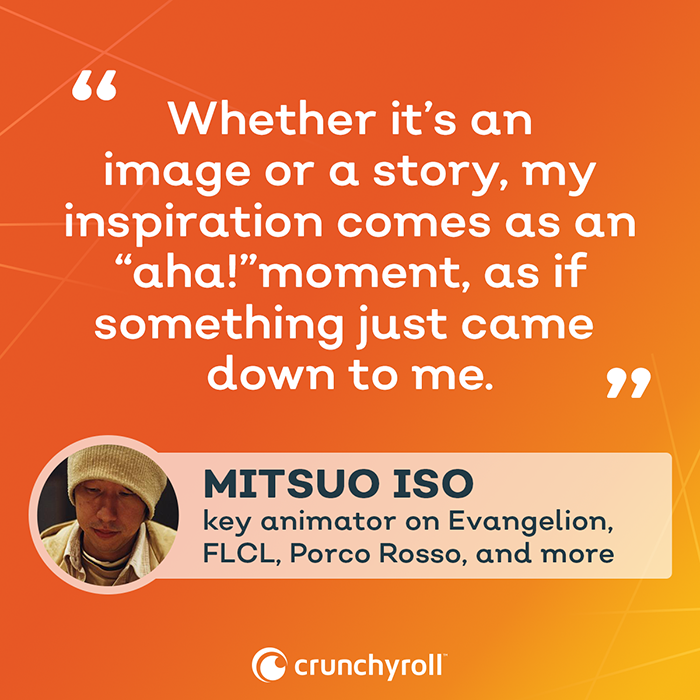 Mitsuo Iso:  I’ve only retired from the animator part of my role, which I’ve done for roughly 30 years now, so I don’t particularly feel that’s too early, and nowadays I’m seeing new blood coming into the industry, artists who are very talented, so I figured I’d let them take care of the actual key animation and such.  Now I want to focus on the director role, so that’s really the reason for the retirement. However, in regards to works that I’m going to be directing myself, I certainly would like to be working on the art aspect as well.

Q:  Aside from Kill Bill, which you animated a scene for, is there another director you’d like to animate a scene for like that?

Mitsuo Iso: If there is an offer like that then I’d certainly love to hear about it, but working under a director to fulfill the role of an animator is something that I basically decided I’d like to retire from. It’s quite a lot of work.

Q:  You once said that you “wish more people would see the beauty of hand-drawn digital, and join me in making that kind of animation.”  What are your thoughts on how the industry has utilized digital technologies overall?

Mitsuo Iso: I believe there are different methods that we can take, there isn’t really a concrete methodology that  has been established, but when it comes to using pen and paper for example, it’s already been so established that it’s almost in a complete form. Right now, with the emergence of digitally hand-drawn animation through the use of tablets, I feel that it’s a bit of an up and coming methodology that’s on the rise. That’s one challenge that I’m taking on, in terms of, “how can I establish a new breakthrough for this method?” In terms of 3D, I feel Disney-Pixar has made a breakthrough by going into full-3D, but I feel that right now, especially in Japan, with the hand-drawn methodology, I’m trying to investigate if there are any new ways that we could make a breakthrough with that method. It’s something I’d like to continue exploring with some of the new blood that’s come into the industry. I’m not trying to confine myself to just 2D or just 3D, but even if it’s a hybrid, seeing if there’s any new ways of coming with existing methodologies. 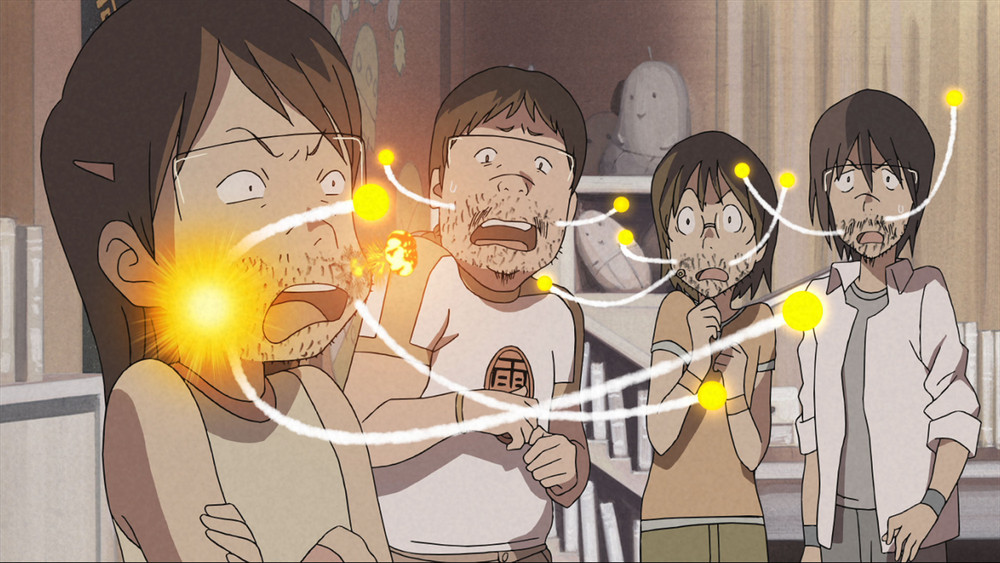 Q:  You said that your shirt has a character from your last work, could you tell us its background, how did you develop this character?

Mitsuo Iso: Whether it’s an image or a story, my inspiration comes as an “aha!” moment, as if something just came down to me, and then I just basically output that as they come along. I guess this just happened to be one of those things that materialized in that form. And this made an appearance in a non-major Japanese magazine, but there are some other ideas that have come down to me that I’d like to output, so please look out for them.

Q: Does the story come first usually for a new idea or concept, or the imagery?

Mitsuo Iso:  It’s really a combination of both. Den-noh Coil just happened to be one of those works that I was able to bring to completion, but hopefully I may come up with other works that I’m able to take to that same completion stage. However, in the Japanese anime industry for someone who came out of an animator role to pursue the role of director, it’s very difficult to make that transition. For Den-noh Coil it was indeed very difficult, so fortunately this time around I have a producer supporting fulfilling my role as director. 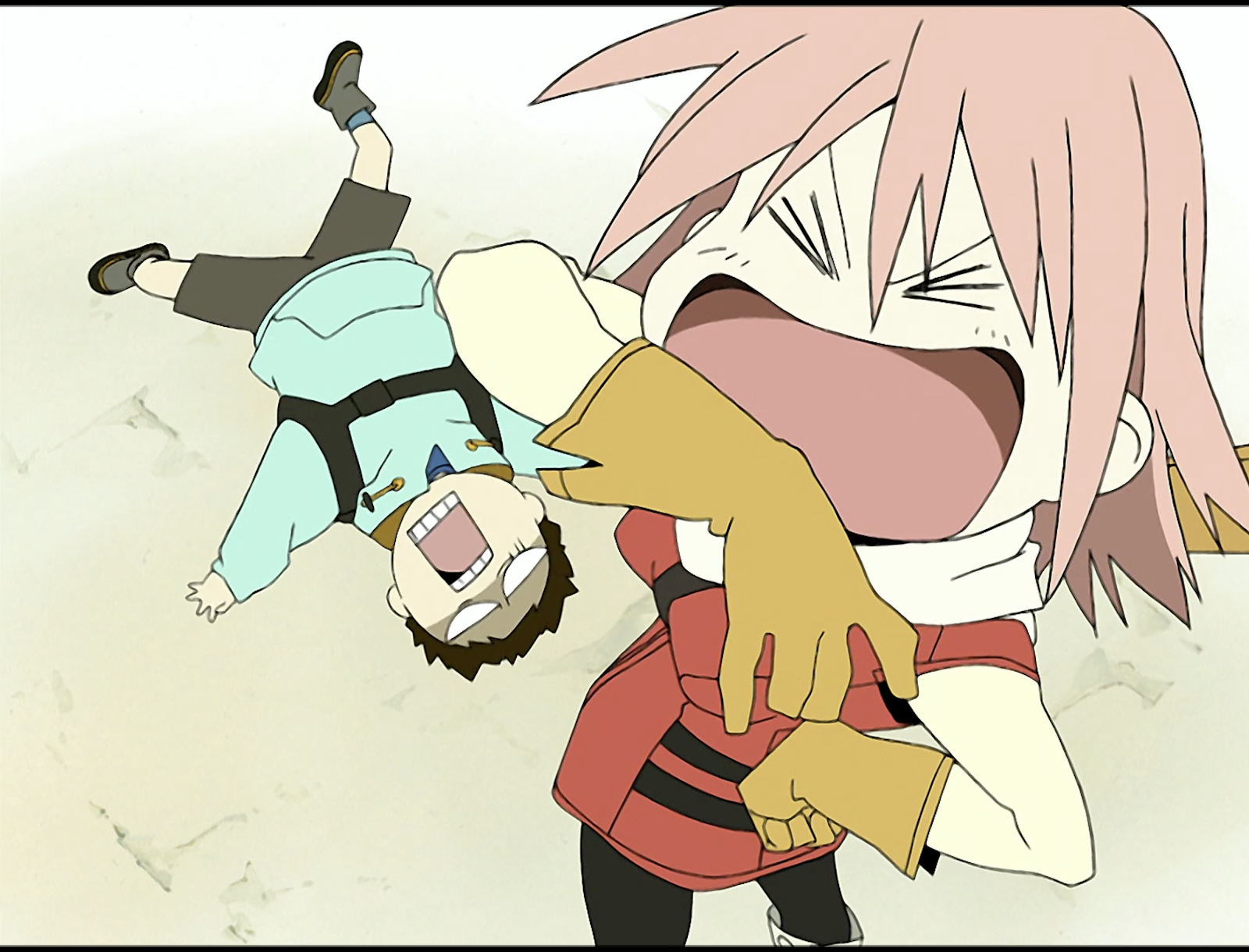 Q:  You’ve worked on a number of anime with collaboration between Japanese and international staff, what do you think about these kinds of productions, and should the industry be looking to engage in more of them moving forward?

Mitsuo Iso:  I personally think those are great opportunities that I’m interested in pursuing, especially if I’m able to maintain that Japanese style. However when it comes down to different talents coming together there’s often different opinions or different impressions of how things are viewed, so that may cause a bit of a wall or barrier.  Aside from that, I personally would welcome any opportunities to work with international creators as they come along. 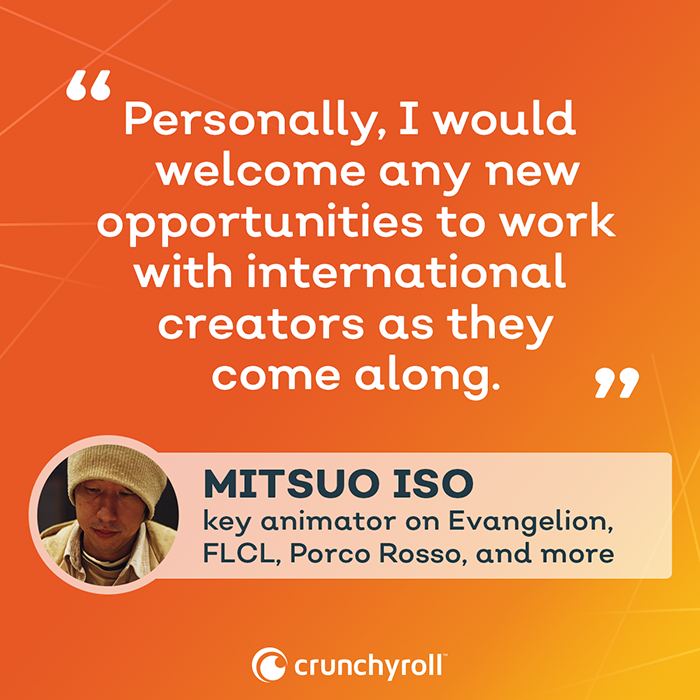 Q:  Is there a director or an artist whose work influenced you the most, and if so what did you learn from them?

Mitsuo Iso:  I have been influenced by many people. It’s very hard to just name just one single person, because I feel like I’ve received fragments of influence from many different people that come together. So, again, it’s hard to name particulars. But if it’s as an animator, when it comes down to movements and the such, the person that I regard as my teacher is an animator named Toshiyuki Inoue. He was actually the animation director for Den-noh Coil.  As far as the story-making aspect is concerned, again I get quite a lot of influence from different people. I do feel if I were to name one person it would be Shinichi Hoshi. He was very famous for producing many very short stories. He was considered a sci-fi author, but, then again, what he was producing was going beyond the confines of that sci-fi genre. What he produced wasn’t necessarily confined to particular genres, or to trends that were well-received at the time, so in terms of that philosophy, it’s something by which I’ve been very much influenced. This may derail a little bit, and this is going to sound a little ambiguous here, but when it comes down to creating a story, I’ve been influenced by little snippets of music, or reminiscing about this particular back alley that I once passed through, or this particular movement in an anime that I’ve worked on -- getting influences or inspirations from that for the story-making side of things, that’s something that I’ve seen.

Q:  What keeps you grounded in life, what are some of your favorite activities to do outside of directing and animation?

Mitsuo Iso:  (He laughs followed by some lengthy consideration) When I’m making an anime, it’s all anime. I have to focus on that anime or else I can’t really work. And let’s say I’m taking a walk or something, my mind just ultimately comes back to the whole notion of anime so…

Q:  So you live and breathe anime?

Mitsuo Iso:  I guess that’s what I aspire to! (He laughs.)

The Pedantic Romantic is a YouTuber with a passion for anime analysis and industry research. You can follow her work on her YouTube channel here!