Available in more than 120 countries/regions in the world 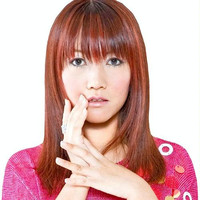 NHK held a pop-culture festival called "NHK: Wonder Land 2011" at Bellesalle Akihabara on July 23-24. The festival featured live concerts by popular J-POP/anime singers, talk shows, and live shootings of their TV programs. The shooting of "J-MELO" was one of them.

I (M.Komatsu) happened to be in Akihabara in the evening of July 24, after Wonder Festival at Makuhari Messe in Chiba. So I was able to see all of their performances there. I think Momoi and Makino did a pretty good job on the stage. Momoi was a very cheerful person and Makino had a wonderful voice. If you live in the areas NHK WORLD is available, Please check "J-MELO". The first broadcast is scheduled to be on 8:30 am, August 1 (JST) and several repeats will follow soon.

The flyer of the festival