The nitty gritty on the Eva legal dispute 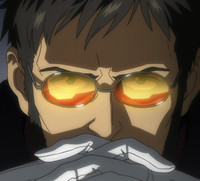 Texas based North American anime distributor AD Vision Inc. (aka ADV Films) is suing Japanese anime production firm Gainax Co. Ltd (aka Gainax) over a dispute over whether they have acquired specific rights, including those to produce the long discussed live-action Evangelion film. ADV is asking for declaratory relief and the court to declare that ADV owned the copyrights stated in the agreement.

In February of 2003, ADV and Gainax both signed a Film Option and Purchase agreement. The agreement allowed for "the possible development, production, financing and exploitation of at least three (3) live-action theatrical motion pictures, five (5) television programs and three (3) direct-to-video movies products (each, a “Project”)."

ADV states that it paid fees and extension fees to Gainax for the Development Rights and to secure an option for the Motion Picture Rights for the series and by making those payments, which Gainax accepted, ADV acquired Development Rights and secured said option through February 28, 2010. ADV has since used their Development rights to try and solicit interest in the project.

By acquiring the option ADV could then acquire the Motion Picture Rights by paying a fee to Gainax of 1 million dollars or 2% of the budget, whichever was lesser, of which 10% was due upon obtaining financing. On February 17th, 2010, ADV then paid $100,000 (10% of 1 million dollars) to Gainax to acquire the Motion Picture Rights. Afterwards, ADV requested the copyrights from Gainax, which they refused, or delayed producing, and refused to meet with ADV about. During this time ADV claims that they lost an opportunity to produce the film with a major studio and notified Gainax about this.

ADV claims Gainax attempted to modify the agreement, which ADV rejected on July 15, 2010. According to ADV's letter back to Gainax, Gainax wanted to return the monies and discuss an extension of the option, while ADV contended they had paid the fees and thus owned the rights. After further back and forth between the companies, on July 27th, 2011, Gainax sent ADV a letter from an attorney, disputing ADV's acquisition of the rights along with the check returning the $100,000.

ADV claims that Gainax says there were implied conditions required to purchase the motion picture rights. Additionally, Gainax claims they had a right to veto the financing if they found it to be unacceptable. Thus Gainax claims the payment was void and ADV did not acquire the rights.

ADV on the other hand contends that the agreement is clear and the only condition was that they pay the rights fee within the option time, which they did in full. Thus Gainax is in breach of contract.

ADV is asking the court to declare that:

1) The option period was valid until Feburary 28th, 2010 because all option fees and extension fees had been paid.

3) There were no additional conditions besides paying the fee and ADV had followed the agreement.

5) ADV is the sole owner of the Motion Picture Rights and only needs to pay Gainax provided the project advances forward as written in the agreement.

6) Gainax must sign everything and provide the documents that ADV requires, and Gainax pays attorney fees.