To be released in early in the Spring 2012 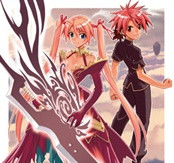