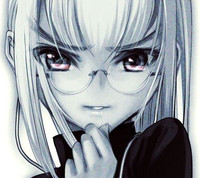 When the death of Steve jobs was first announced at the beginning of October last year, tributes from all over the world poured in, but it seemed like Japanese Apple fans took it especially hard in light of the incredible popularity of Apple's iPhone and Mac computer lineup in the country.

Nowhere is this more evident than the self-published tribute story Chocolate Apple 1991-2011, which was released during this past weekend's Comiket, the largest convention dedicated to self-published work in Japan. The story centers on the author's discovery of Apple computers and Photoshop during his time in high school and as is common to such Japanese tributes, reinterprets Steve Jobs as a cute woman with an eye for detail and execution with the sometimes volatile personality that he was known for.

The comic is available via Japanese mail-order consignment services such as Toranoana and Comic Zin, but I haven't been able to find a mail-order service that will ship to the US quite yet.

Speaking of Steve Jobs, I also wanted to point people to this article filed by Nippon.com about his connections to Japan via their business culture as well as his deep respect for the country, which greatly influenced his views on everything from product design to his personal spiritual beliefs. I promise, it's definitely worth a read.