"Without Yamato, I wouldn't be who I am." 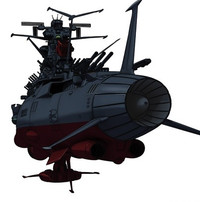 The yamatocrew.jp blog has just announced that Neon Genesis Evangelion director Hideaki Anno will be designing the storyboards for the opening title sequence of the upcoming Space Battleship Yamato 2199 anime TV series.

A former animator at GAINAX studios, Anno is a huge fan of the original 1974 Space Battleship Yamato TV series, on which this production is based, and says of his new assignment, "Without Yamato, I wouldn't be who I am."

Space Battleship Yamato 2199 will debut as a theatrical film and television series in April.