Does "Better with Kinect" apply to Super Sentai? 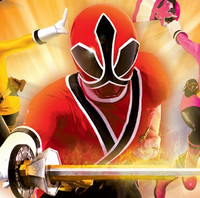 If you're looking forward to flailing around in front of Dragon Ball Z for Kinect, you might just flip at the idea of a motion-controlled Power Rangers Samurai. Namco Bandai had the Xbox 360 Kinect game on display at E3 2012, where it flew under the radars of most.

Motion-controlled feats you can expect to pull off in Power Rangers Samurai include chopping down giant monsters with the Samurai Megazord's sword, kicking and punching alongside the other Rangers, cutting up a slew of enemies on the battlefield, and more. Check out the latter two examples in a couple YouTube videos below.