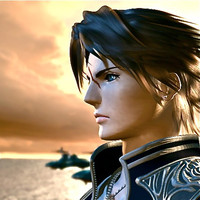 The Japanese website Gajetto Tsuushin (Gadget News) reported that Game Club Jpn held a poll from July 3rd to July 23rd asking the future of the Japanese gaming industry, especially when compared with how well the foreign gaming industry is doing in Japan. They received 1279 respondents. 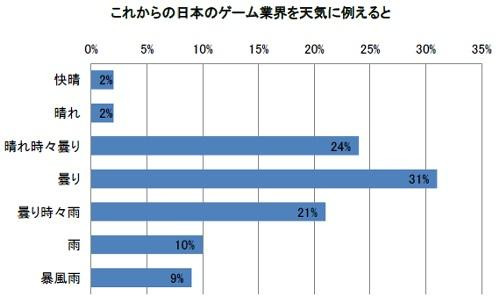 They also asked the forecast for the foreign game industry in Japan. 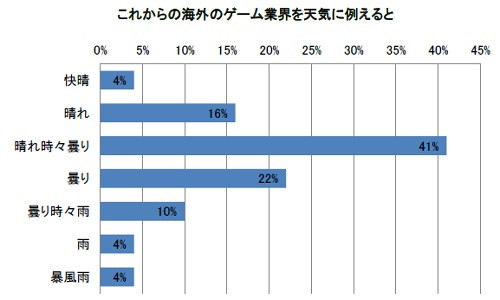 Another question was, "Do you think the Japanese game industry is something the Japanese can show pride in the world over?" 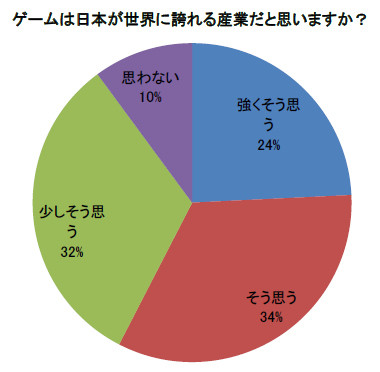 Finally, they asked to compare the quality of game software between Japan and its foreign competition.

And if such a poll were held in the U.S., do you think the U.S. games would do better than Japanese games did in Japan?

Tags
japanese games, games, poll
« Previous Post
Poll: If Hatsune Miku is Your Girlfriend, What Do You Want Her to Do for You?
Next Post »
VIDEO: "Wolf Children" Manga Adaptation PV Posted
Other Top News
32 Comments
Sort by: