Announced at Dog Days event held in Tokyo on Sunday 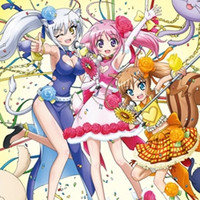 As tweeted by Dog Days manga illustrator Fujima Takuya during FlonyaFestival 2012, a Dog Days event held last night in Tokyo, it was announced that the anime Dog Days will be getting a 3rd anime season in the future. The format and timing of the 3rd season were not revealed with the announcement, just that production of the new season had been green-lit. The second season of Dog Days, Dog Days`, finished airing last September.

The Idol Master, MEKAKUCITY ACTORS, and More Are Leaving Crunchyroll