Digital anthology to publish simultaneously with Japanese version in January 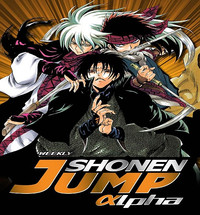 The newly synchronized anthology will now follow the same schedule as the Japanese print anthology, though the initial slate of titles still have yet to be confirmed. Now that we have a launch date for the new Alpha, anyone planning to subscribe for the first time or renew their current subscription?

The realignment of Shonen Jump Alpha with Japan's Weekly Shonen Jump came as result of sustained demand from subscribers of the Alpha digital anthology, though the idea of simultaneous publishing was always under consideration since the launch of Alpha in 2011 after the cancellation of the monthly print anthology earlier that year.