Plus a look at other early 2013 Fate/zero goodies 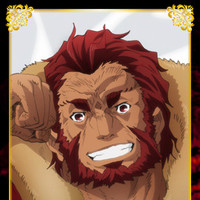 In February, you'll be able sleep in the arms of the dudes from Fate/zero as Kotobukiya will be releasing dream cushion covers featuring the series' Rider, Lancer and Archer/Gilgamesh with alternate battle/casual cloths.

They sell for 4,725yen ($58) each. Kotobukiya has not indicated as to whether they'll import these particular items to North America. 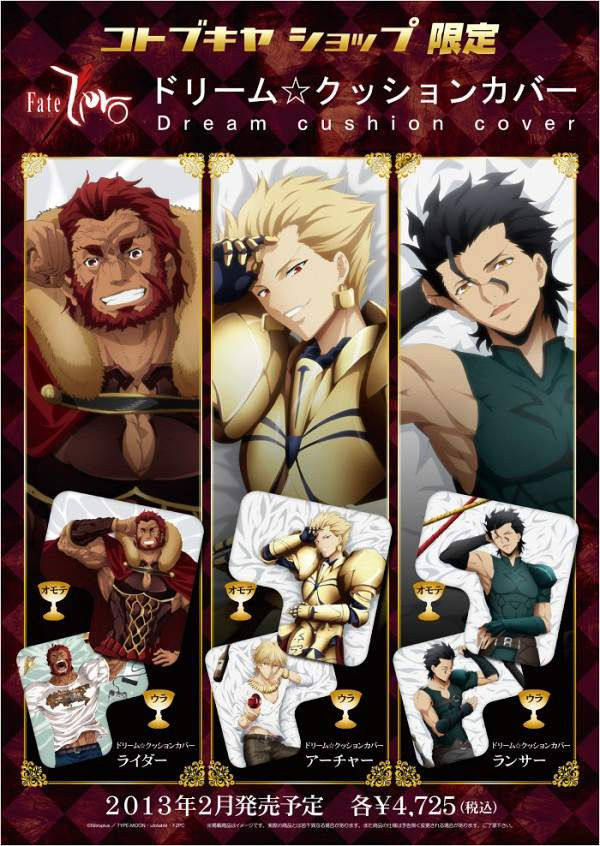 Speaking of the men of Fate/zero, Max Factory's Kiritsugu Emiya/Zero Refined Ver. is now available for pre-order ahead of a late January release 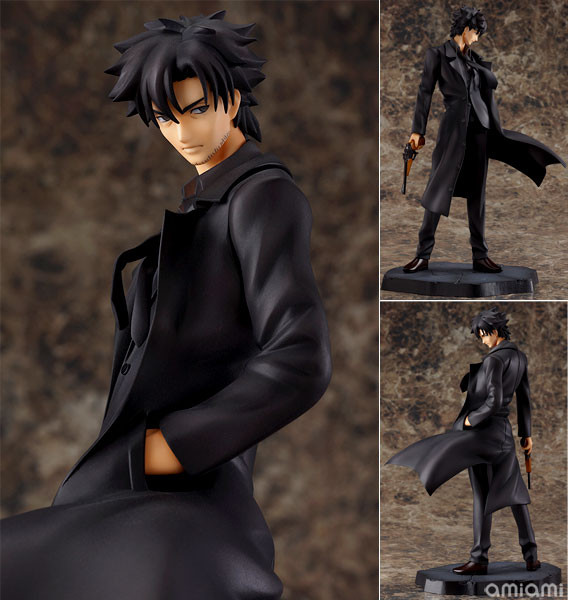 COSPA also has a number of Fate/zero goodies on the way including..

Beautiful Maid Saber - due in January

Saber M51-Jacket - due in January 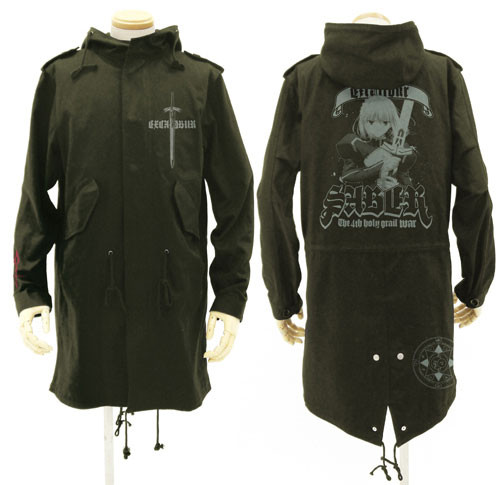 King of Knights Saber Full Graphic T-shirt - due in February 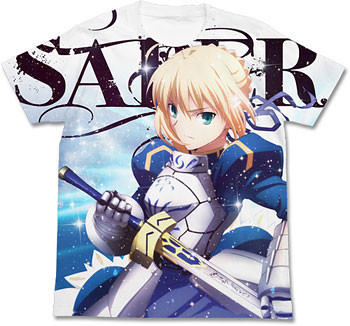 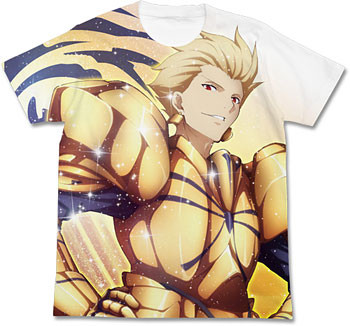 Kaima Plushie - due in April 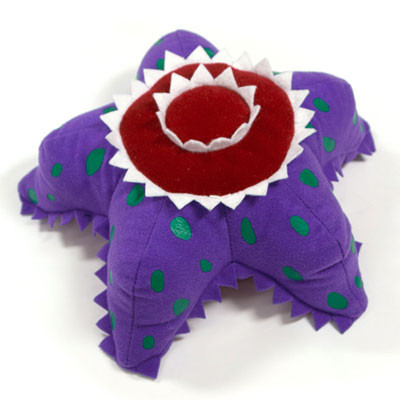 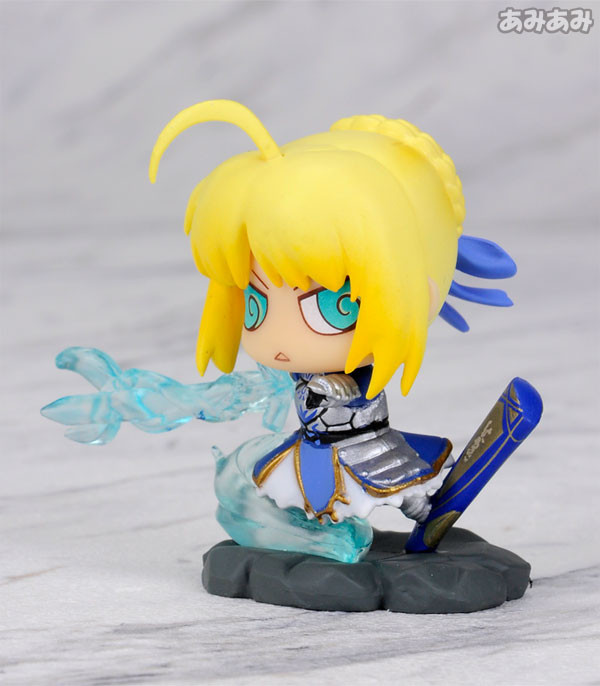 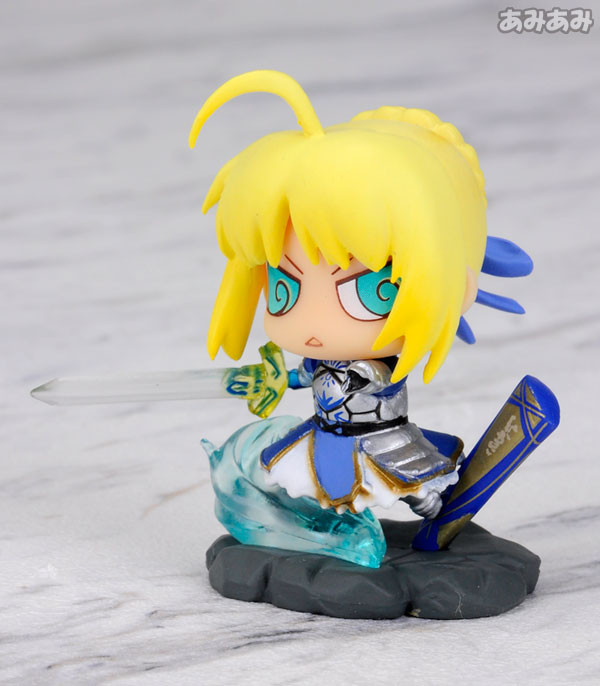 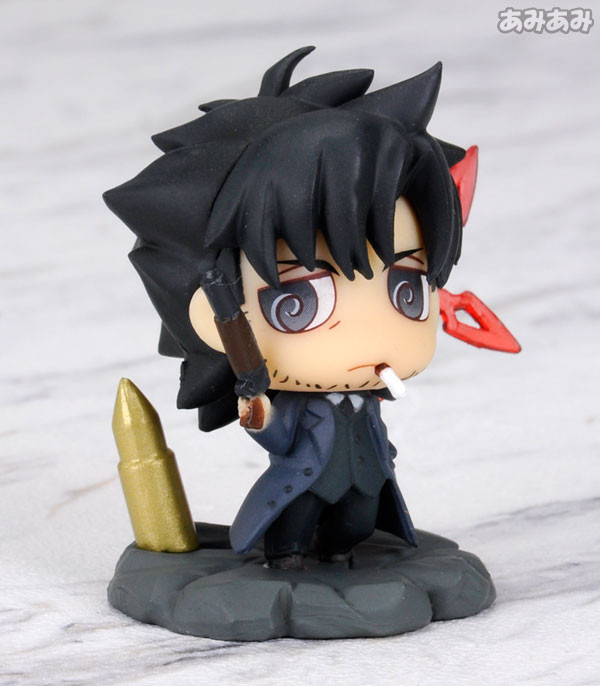 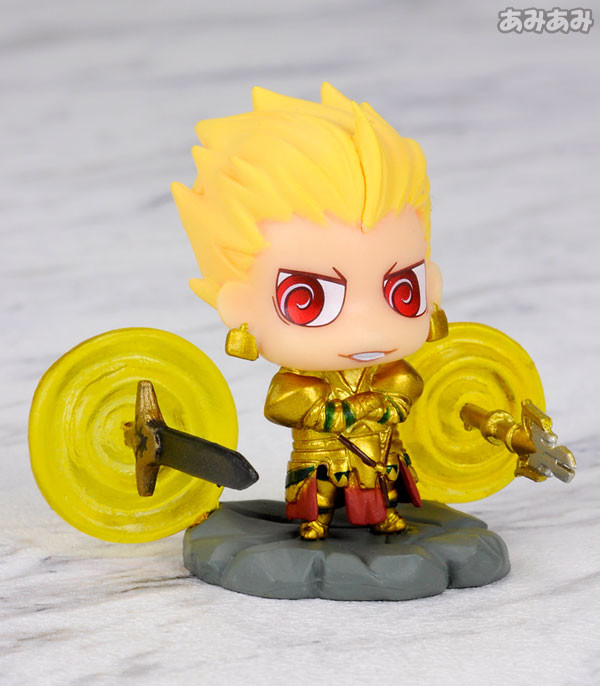 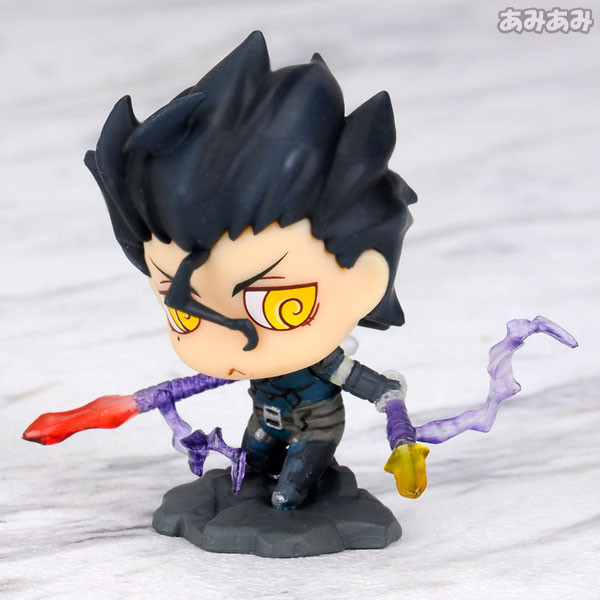 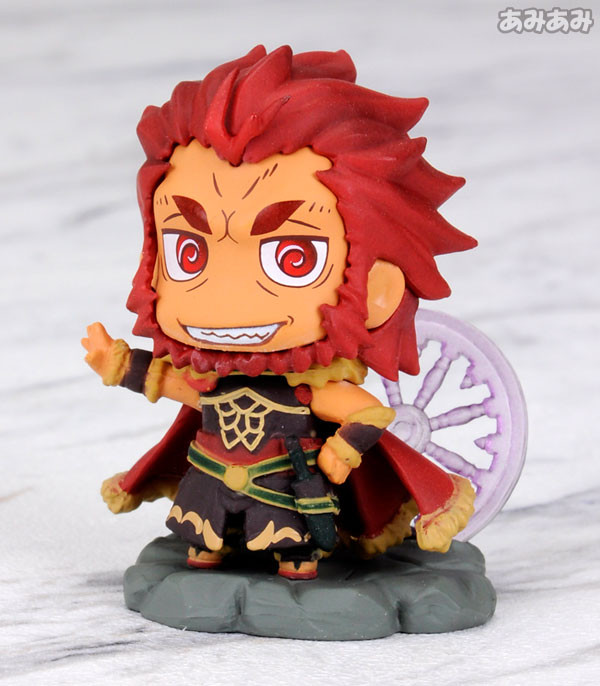 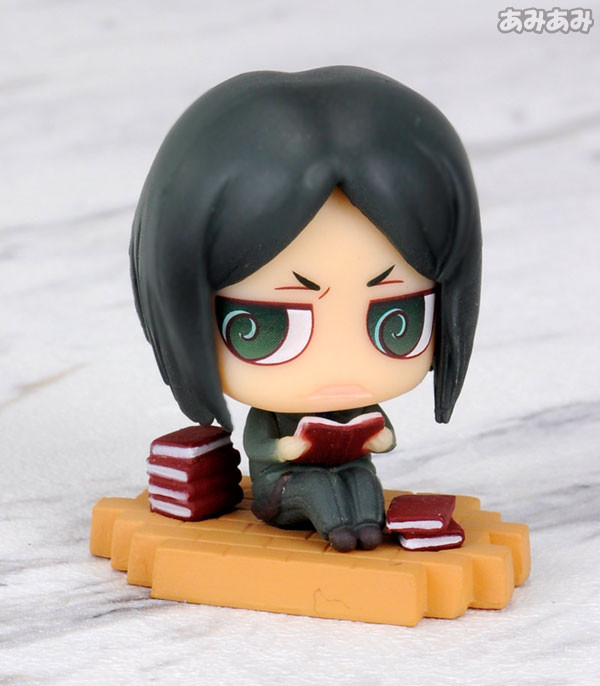 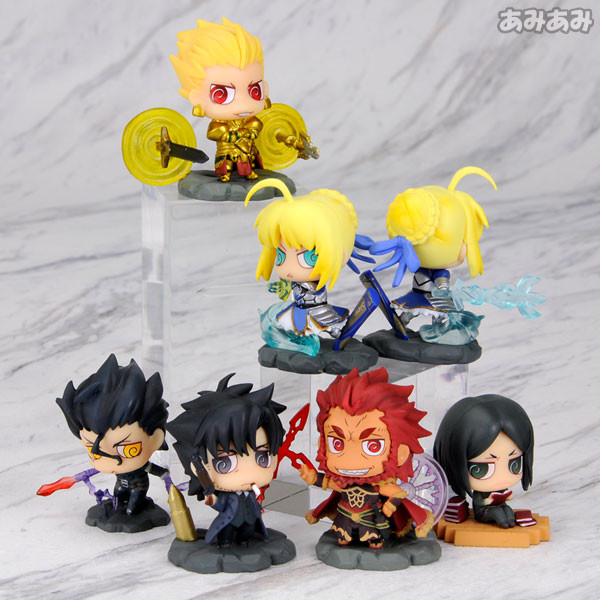