"Gintama: The Movie: The Final Chapter: Be Forever Yorozuya" is scheduled to debut in Japanese theaters July 6th 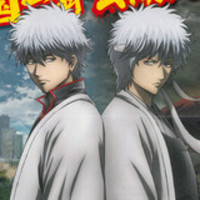 The bad news is that One Piece is out of next week's Japanese issue of Shonen Jump due to a sudden illness, however, the good news is the year's 16th issue has a big spread with news about the second Gintama anime movie. In addition to a suggestive illustration, it reveals that the Gintama: The Movie: The Final Chapter: Be Forever Yorozuya is scheduled to debut in Japanese theaters July 6th.

For you youngsters... That title is a Space Battleship Yamato reference. 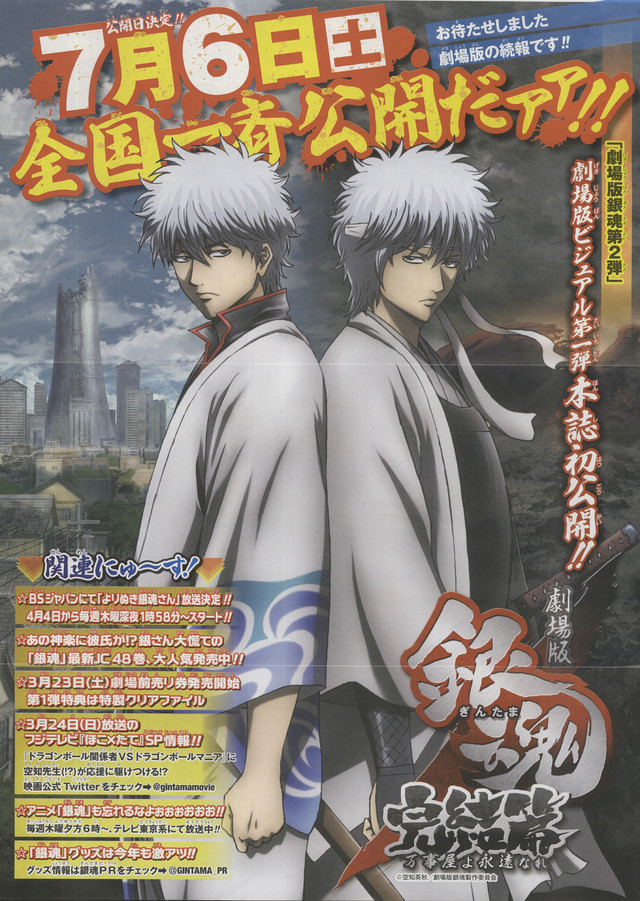 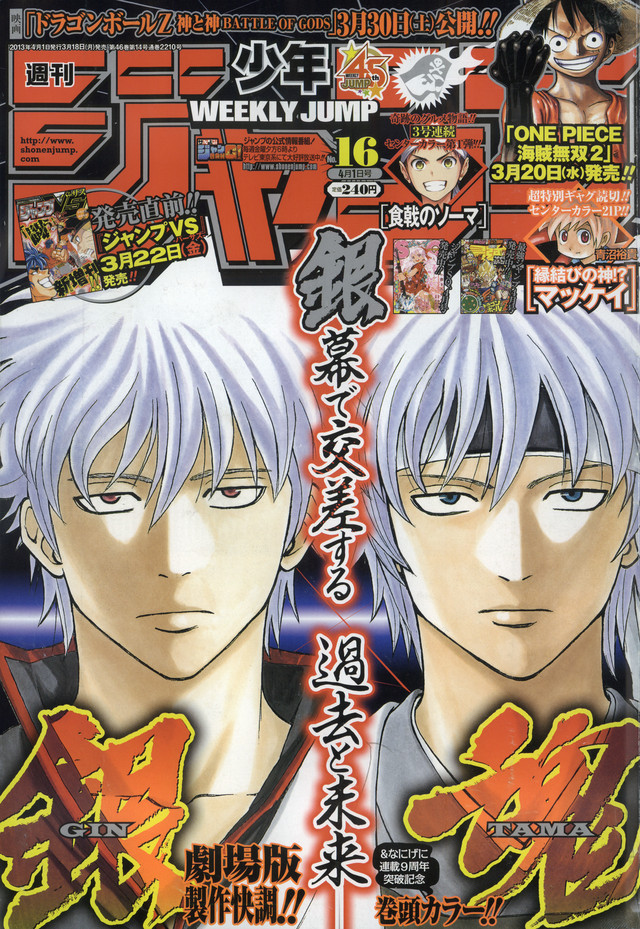