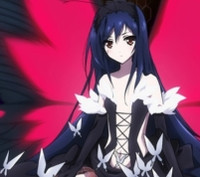 Neon Alley has formally announced the English dub cast for its forthcoming premiere of the 2012 hit Accel World after weeks of anticipation. The series was previously streamed by Viz Media as a part of its VizAnime streaming initiative on Hulu last year. Below, the complete cast listing.


Now that we know who's voicing which character, who's excited to watch the dub?