VIDEO: Yoko Kanno to Debut "PIANO ME" Concert at Otakon 2013 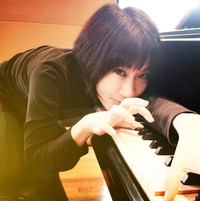 Baltimore's Otakon announced that the event will be presenting renowned composer Yoko Kanno's (Cowboy Bebop, Ghost in the Shell: Stand Alone Complex) "Piano Me" at the event. For this concert, "the simple intimacy of one performer with one instrument will be enhanced by experimental live visuals that respond to her performance."

Otakon 2013 will be held August 9-­11 at the Baltimore Convention Center in Baltimore, MD.