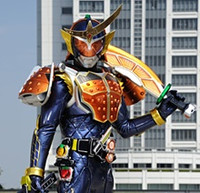 Get ready for a new hero with the debut of the 15th Heisei Kamen Rider series, Kamen Rider Gaim! What could be better than a tokusatsu show that revolves around dancing, samurai, and fruit? Oh yea, one that happens to feature the writing of Gen Urobuchi.

The mad pen behind shows like Madoka Magica, Fate/Zero, and Gargantia on the Verdurous Planet is lending his talents to Kamen Rider Gaim's scripts, with direction by Hikonin Sentai Akibaranger's Ryuta Tasaki. Shōnan no Kaze will sing the series' main theme. 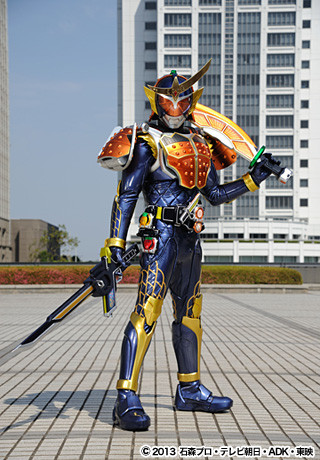 In a city controlled by a corporate giant, bored kids find themselves passing the time by dancing, and also using Inbess, small monsters from another dimension, to hold secret battles. However, these dimensional holes are becoming larger and allowing bigger and more powerful monsters to enter.

Enter: Kamen Rider Gaim! Kota Sakuraba, the second dancer for "Team Gaim," accidentally stumbles upon a Sengoku Driver, which allows its user to cut the Lock Seed and open a hole into another dimension. Gaim uses the Orange Lock Seed and Pineapple Lock Seed to summon "Orange Arms" and "Pineapple Arms." 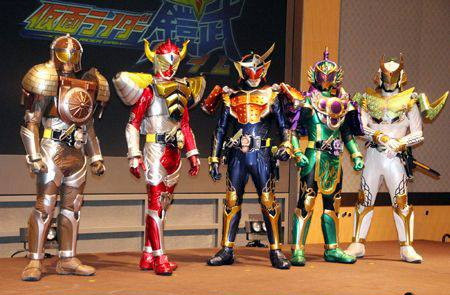 There's also Baron, a Banana-themed Rider who sports Western-style armor and acts as Gaim's rival and the leader of "Team Baron"; Ryugen, who rocks it Chinese style and uses Grapes; the Coconut-based Griton; and the Melon-based Zangetsu. 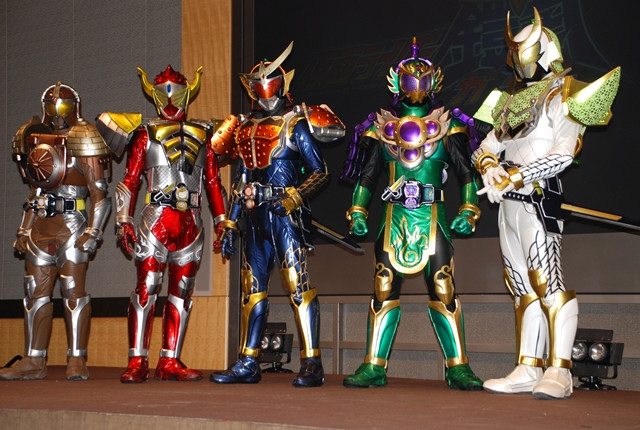 Hopefully Kamen Rider Gaim ends up being as fun as its premise sounds. For more details on the story and Riders be sure to check out JEFusion's posts on the series' emerging details.

Ninja vs. Shark Movie Takes a Bite Out of Japanese Theaters in April