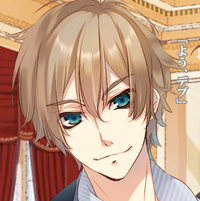 Anyone can be on a diet and try working out to lose weight, but to keep doing it to get results is always hard. The developer of the Nenshou! fitness app originally created an app strictly focused on keeping motivation going by incorporating a galge type game and enjoyed success of over 50K downloads for the series. Now, the app will be available for women using the same concept of incorporating an otome game into the fitness app. 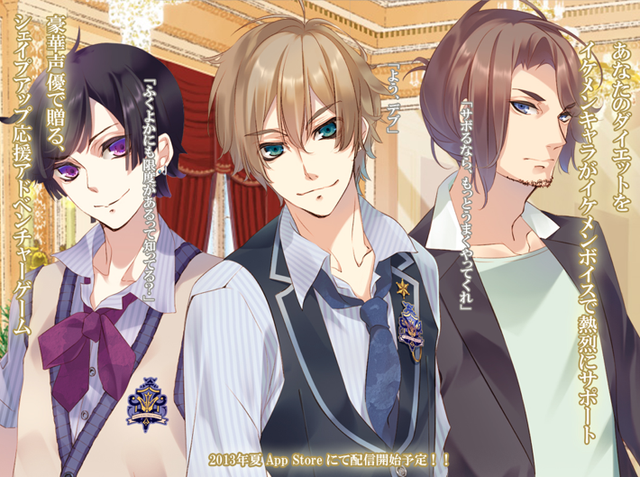 Nenshou! for Girls features 3 cute guys who will flirtatiously tease you and help you stay on weight management, so that senpai will notice you in the end. According to the official site, the story of the app will put the player as a new student at the prestigious Ootori Performing Arts School. Among the elite students who are promised to shine in entertainment industry, you feel a little intimidated because you are not as trim as the other students. These 3 good looking men in the app will support you to exercise and lose weight by flirtatiously teasing about your weight problem. This app is strictly for those who are okay with the concept, since these guys don't sound like they will be nice to you at the beginning. 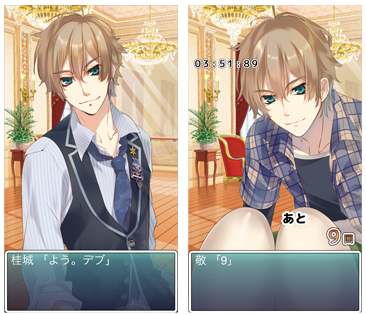 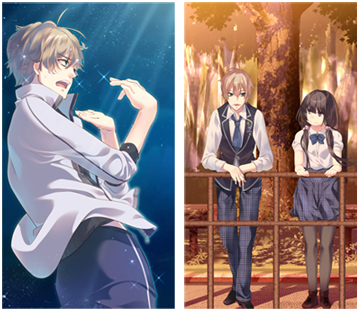 The app contains more than 1000 Japanese words and they are fully voiced with more than 10 event stills. The app is free to download with the first exercise program for the abs, while the exercise routine for the arms and the legs with otome events will be available later. 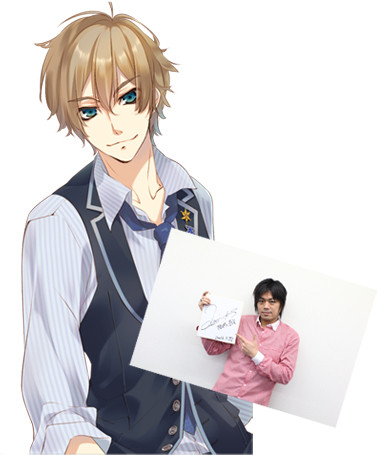 Kei is one year senior to the player and one of the star students at school. He is also a good cook since his family owns a restaurant in the area he is from. Kei is voiced by Namikawa Daisuke (Naoe Kanetsugu in Gifu Dodo!! Kanetsugu and Keiji, Renboukouji Satomi in Valvrave the Liberator). 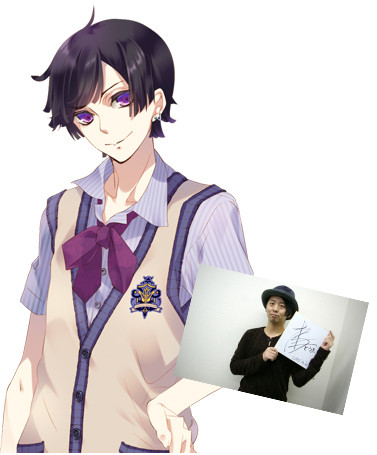 Touma is in the same year as the player and he is a world-class dancer. He is voiced by Kimura Ryohei (Kise Ryota in Kuroko's Basketball, L-Elf in Valvrave the Liberator) 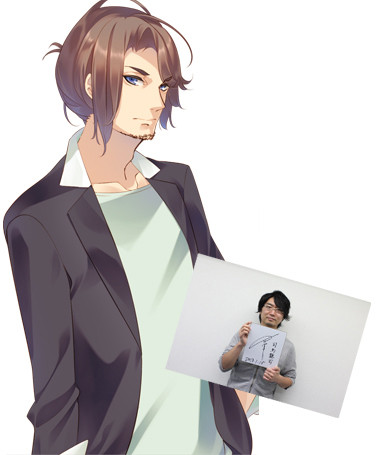 Ryuji is a teacher at the player's school who is also a director of the school theater group who used be a popular actor. Ryuji is voiced by Konishi Katsuyuki (Pinion in Gargantia on the Verdurous Planet, Soma in Saint Seiya Omega) 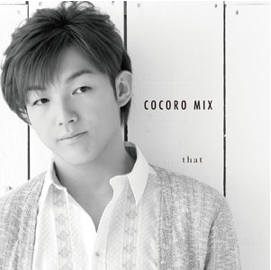 Just like Otome game, this app has an opening theme. that, the singer above came up from his Nico Nico fame, sings Shiawase No Teigi (Definition of Happiness) for the app.

Are you intrigued? The app will be available for free download in August.