With a human sized Titan cosplayer 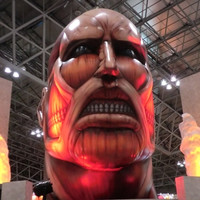 This summer's Wonder Festival, a bi-annual event for garage kits, was held at Makuhari Messe in Chiba Prefecture on today July 28. It was originally a place for amateur makers and dealers to promote their latest kits, but nowadays many toy/figure companies also showcase theirs.

One of the most popular character display in the industry booths section this year was no doubt a 1/1 scale Titan head replica from Attack on Titan. It was built in the entrance of Good Smile Company and Max Factory's joint booth, because GSC have announced they would release various Attack on Titan figures soon in Japan. Moreover, many Attack on Titan cosplayers including a human sized Titan gathered in front of the head and were taken photos by the visitors.

* all of the photos were taken by the writer Mikikazu Komatsu 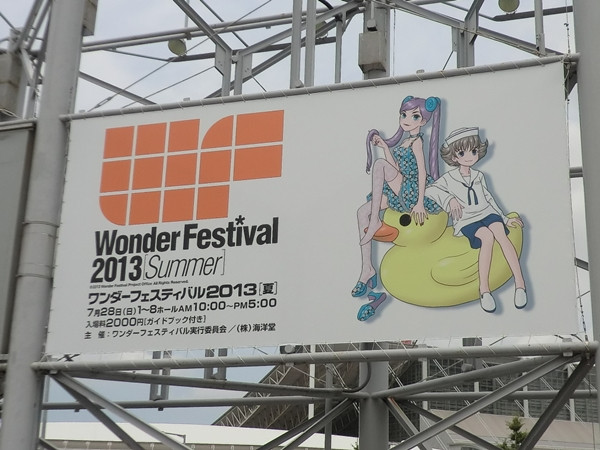 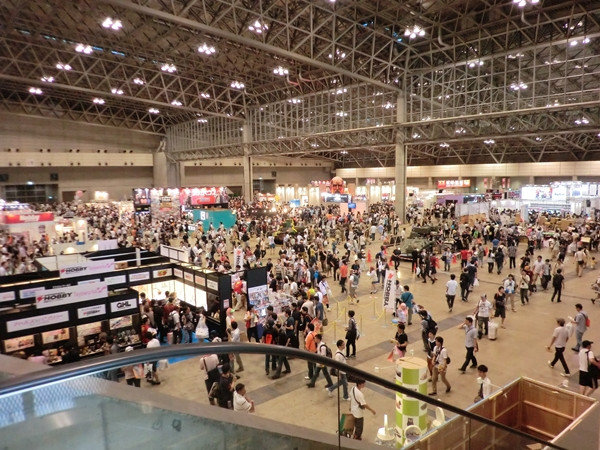 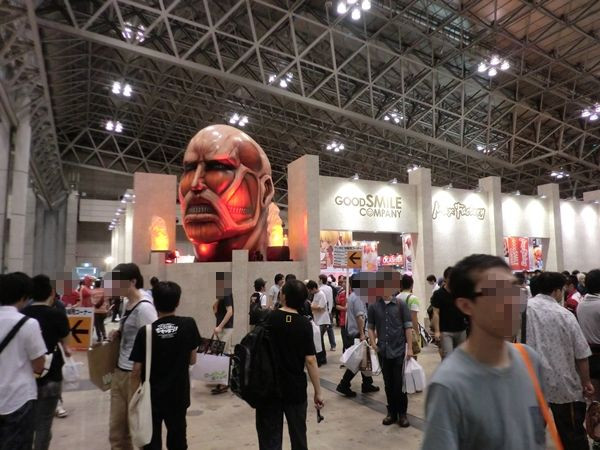 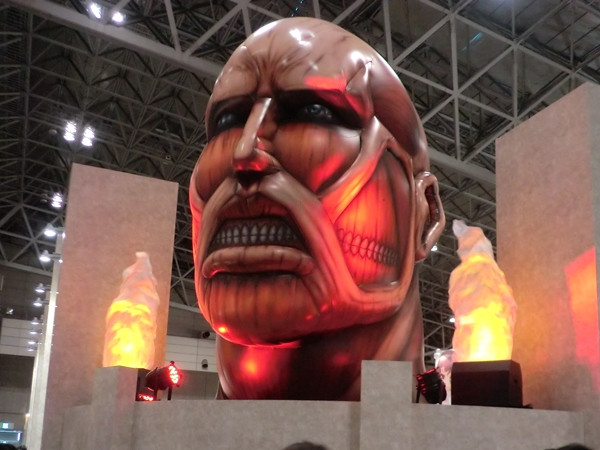 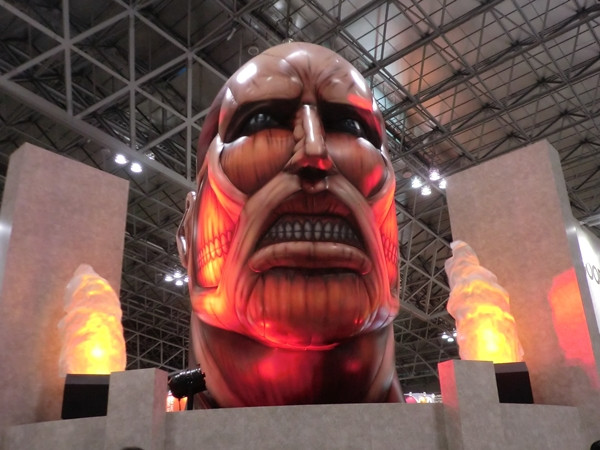 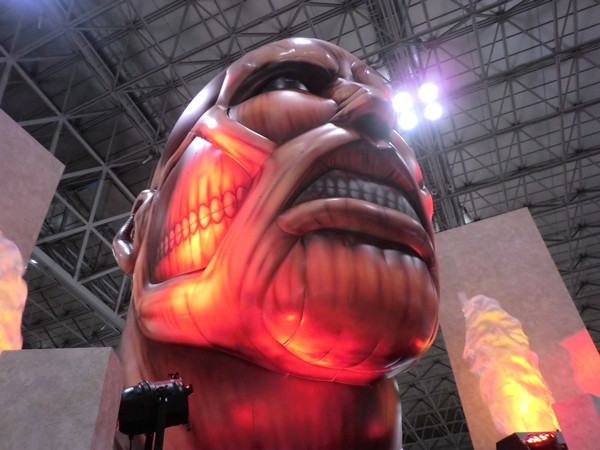 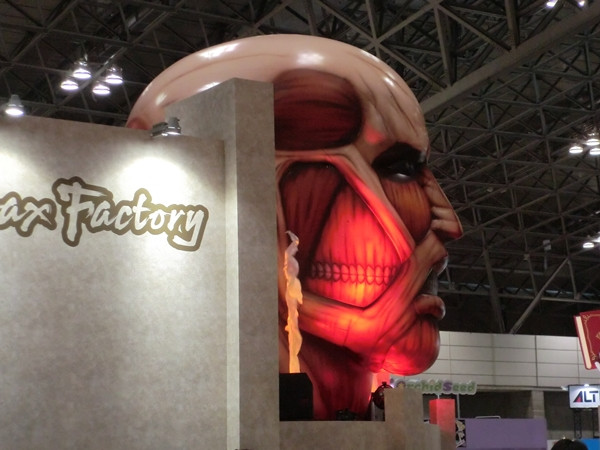 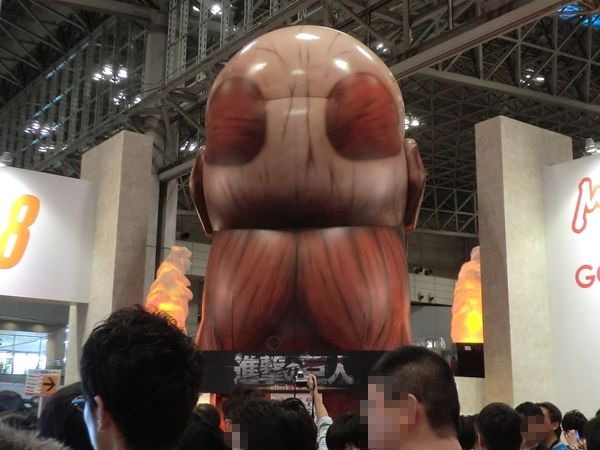 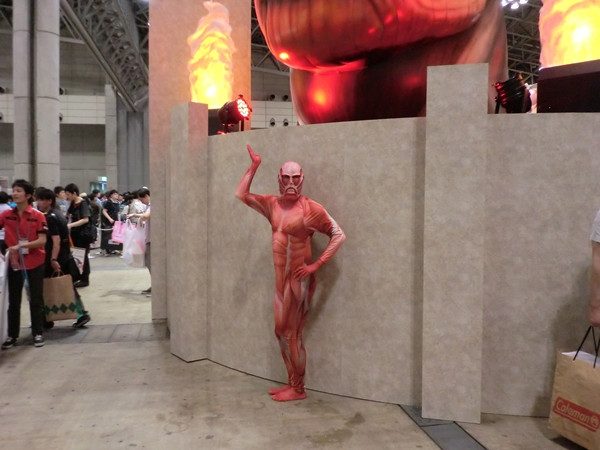 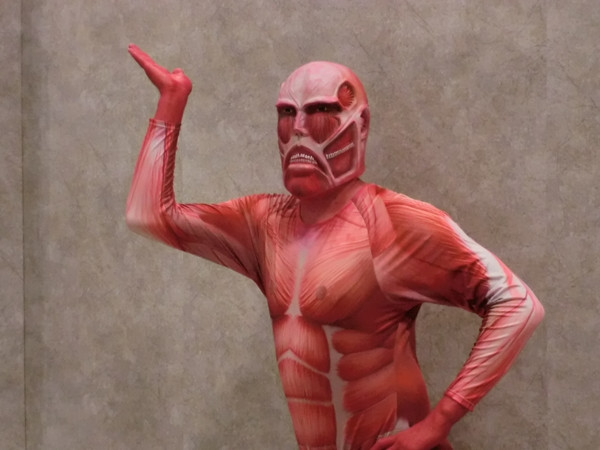 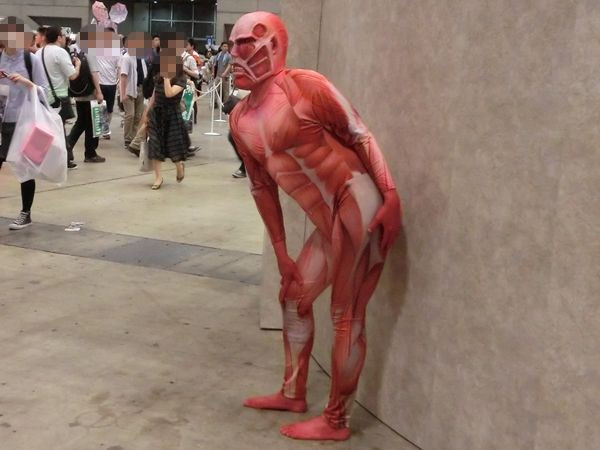 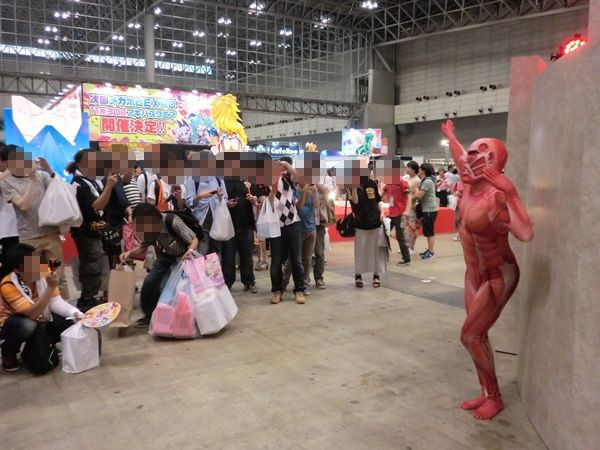 The Titan cosplayer was so popular!! 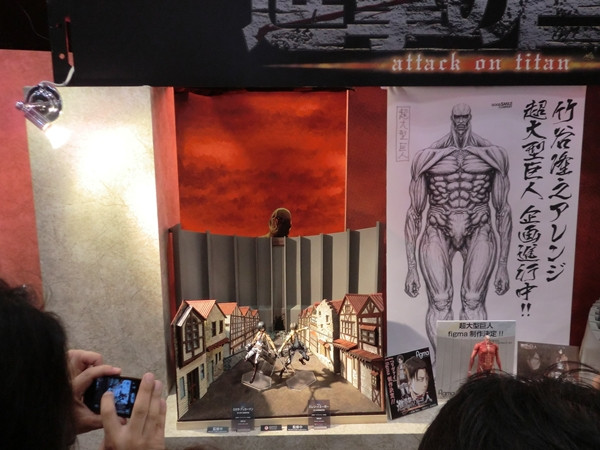 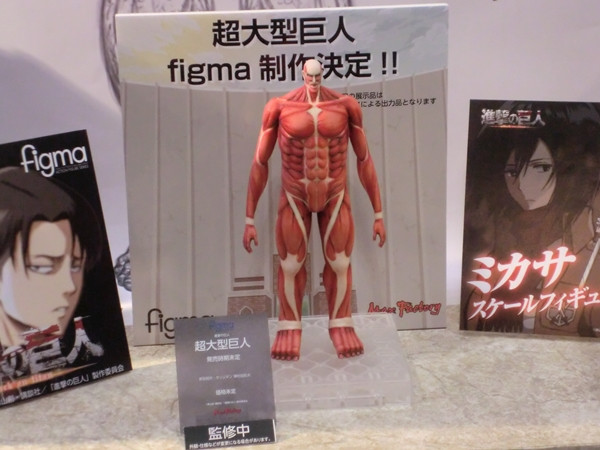 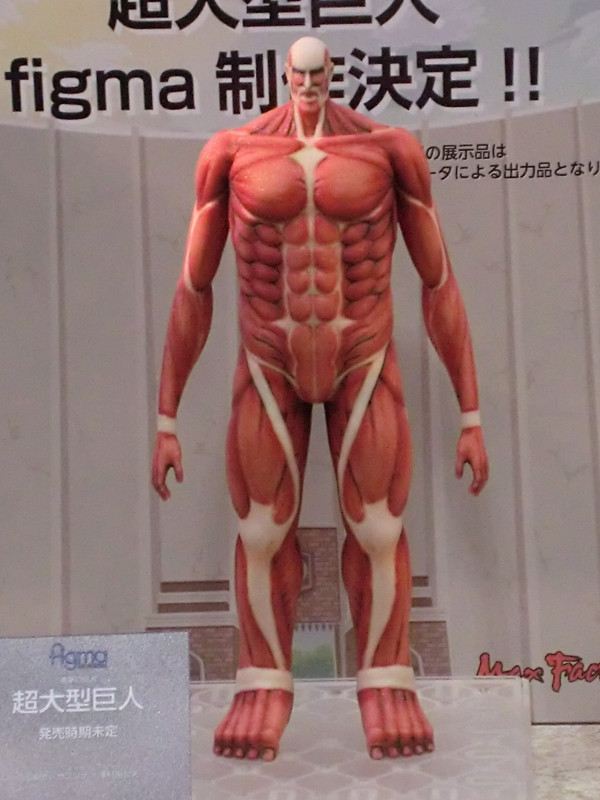 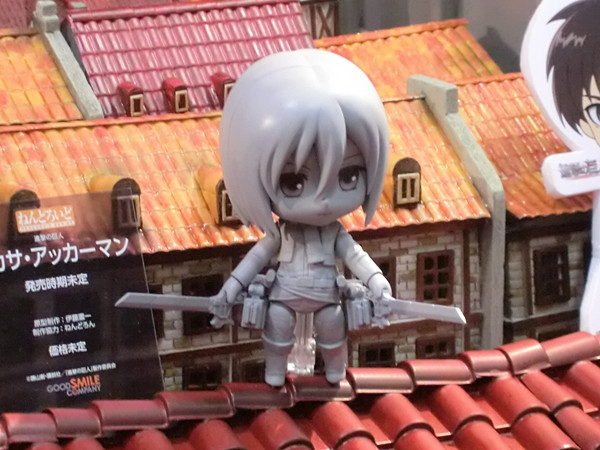 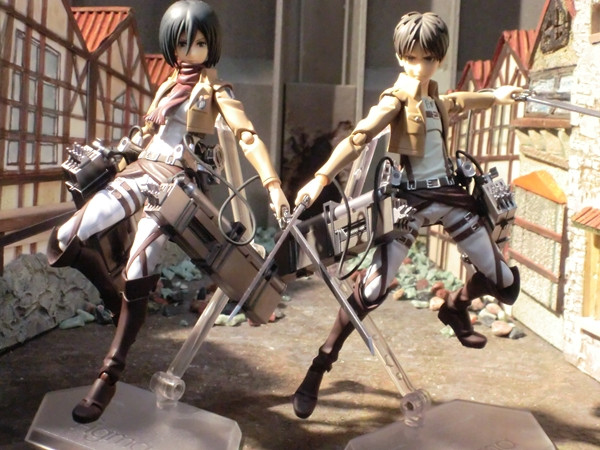