Actor/comedian lists some of his favorites 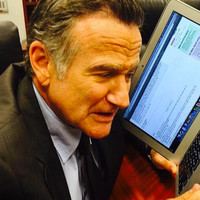 Actor/comedian Robin Williams is one of Hollywood's known friends of anime, between the Evangelion figure from his personal collection in One Hour Photo or mentions about excitement for releases like Steam Boy. Yesterday, he sat down for an "Ask Me Anything" Q&A on social news site Reddit, and, of course, the subject of anime came up. 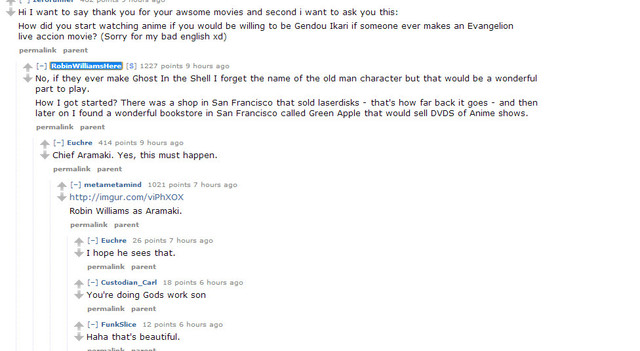 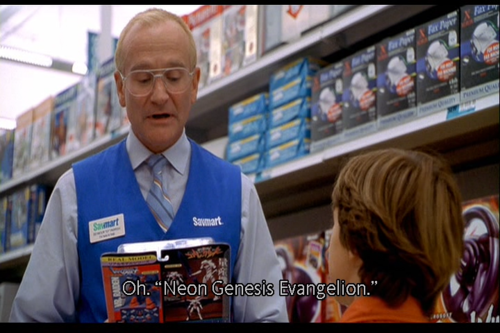