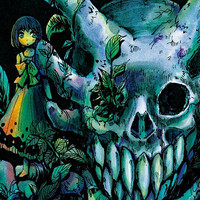 We're finally get look at this fall's Studio DEEN  anime adaptation of Sayaka Motegi's horror manga Pupa, about "the ultimate love of the brother and sister," between Yume Hasegawa, a little sister who transforms into a man-eating creature, and Utsutsu Hasegawa, her older brother who has the power of rapid cellular regeneration and feeds her with his own body.