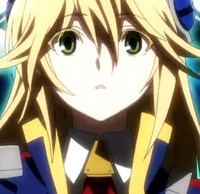 BlazBlue: Chrono Phantasma hits PlayStation 3 in Japan tomorrow, but it's not coming out in North America until sometime next year. That's more than enough reason to go ahead and dig into the Arc System Works-developed fighter's anime opening, which you can see in the video below.