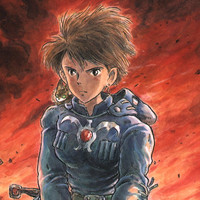 As expected, workaholic, hands-on artist Hayao Miyazaki has been staying busy. This week, Japanese public television network NHK's profile show Professional presented a look at the revered anime director. After showing his legendary labor and attention to detail working on his final anime movie, The Wind Rises, they showed how his qualified "retirement" includes works on a Warring States era samurai manga.

In a seperate interview, long time producer Toshio Suzuki mentioned that Miyazaki is likely going ahead laboring on the manga without having been paid a manuscript fee. 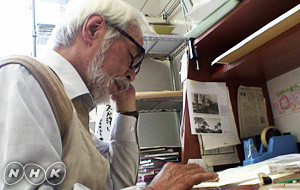 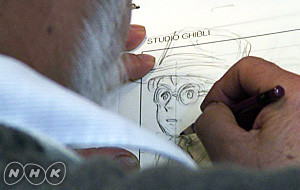 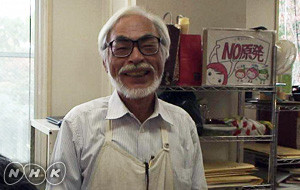 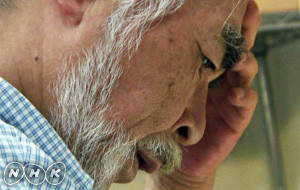 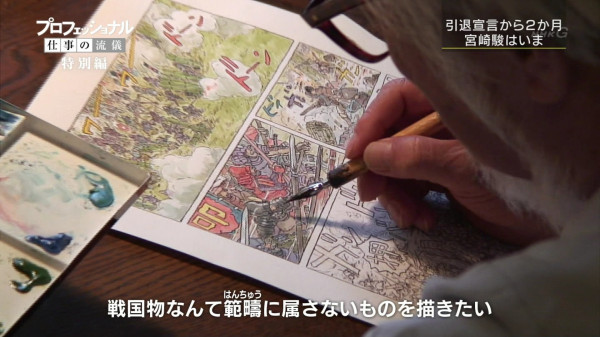 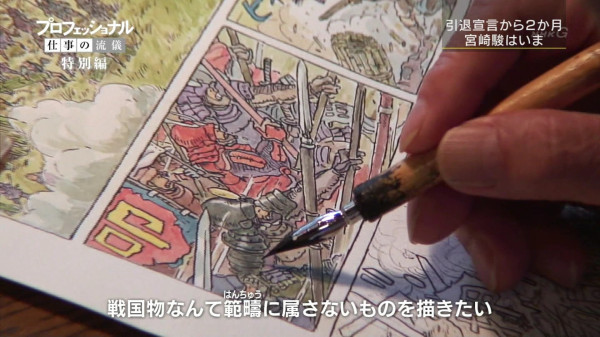 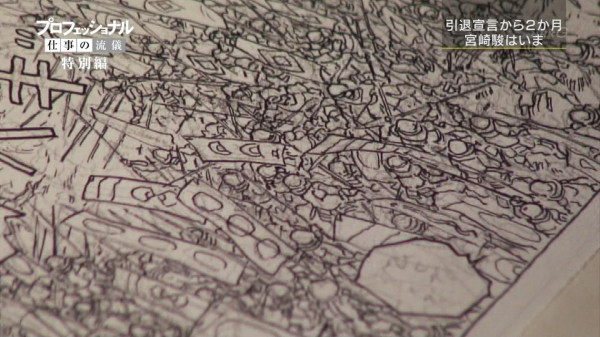 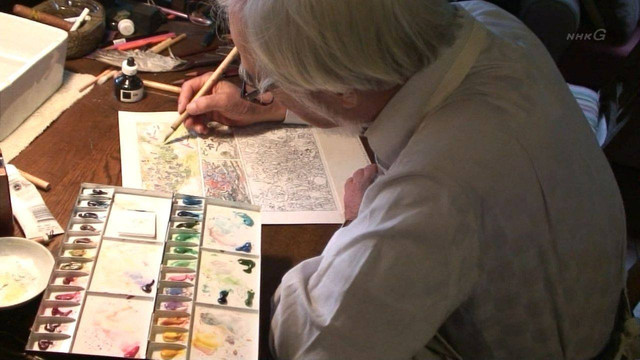 Miyazaki's long manga, Nausicaä of the Valley of the Wind, has been released in North America by Viz.