Plus a flashback to snowboarder Shaun White expressing his Gundam love 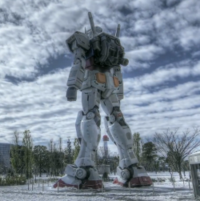 Following last weekend's Tokyo snow storm, unofficial videographer darwinfish made the trip to Odaiba island to capture how the full sized looks next to the fallen snow and measure its scale against some oversized snowballs.

Speaking of Gundam and snow... a photo of snowboarder Shaun White following the 2010 Olympics is making the rounds... 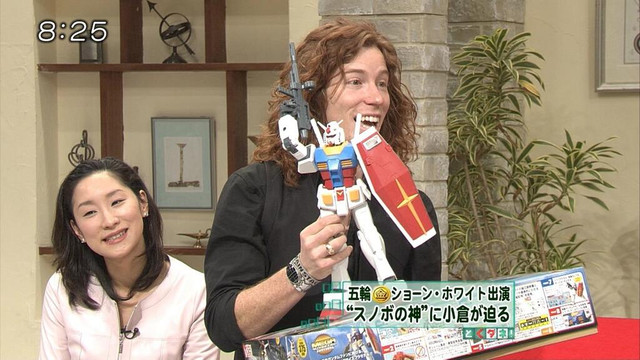 And speaking of now snow and mecha, inspired by Miyazaki's Castle in the Sky...