"Did You Know Voice Acting?" video tackles the Blue Bomber 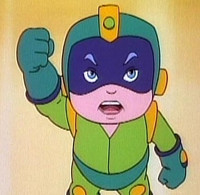 In a style similar to the Did You Know Gaming? video series, Christopher Niosi's Did You Know Voice Acting videos offer up some solid insight into their respective subject matter. Mega Man fans will definitely want to dig into the latest, which explores the voice acting of the Mega Man series, from cartoons to games.

Did you ever wonder who was behind which voices and what else they've done? How about why the acting in games like Mega Man 8 and Mega Man X4 was so laughably bad? Watch the clip below for that and more.