Game is now available on iOS devices in Japan 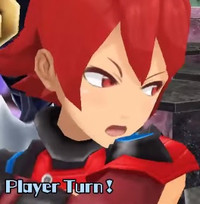 Earlier this month Square Enix revealed Schoolgirl Strikers, slapped with the description of a "light novel style RPG" and sent straight to iOS devices in Japan. Now we have a preview with a few quick intros and a glimpse of the game's battle system.

The clip starts with the player unaware of their surroundings. A girl named Tierra addresses you as Captain and explains that you're in a campus-like base of operations called Eterno. More characters are introduced from there, including the determined Tsubame Miyama; forward-looking Io Yaginuma; Satoka Sumihara, who is busy thinking about curry; the energetic Yumi Sajima; and simple but cute Mana Namori.

Once the intros are out of the way, it's time to jump into the turn-based 3D battles. See a sample of how they play out below.

Schoolgirl Strikers is a free-to-play game with item-based microtransactions.