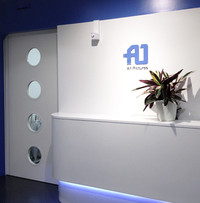 Opening the door for the bereaved family to receive workers’ compensation benefits, a labor supervision authority in Tokyo has acknowledged that the suicide of a 28-year-old anime studio employee related to job-related causes, including the long hours and heavy workloads at anime studio A1-Pictures.

The worker was employed as a production assistant between 2006 and December 2009, working on projects including Big Windup! (Ookiku Furikabutte) and Kannagi - Crazy Shrine Maidens. His office neglected time cards and forced the staff to work overtime without pay. He wrote “I took only three days off in ten months,” and “It’s already 4 a.m., but I can’t still get out of work.” The worker's excessive workload was credited as a factor in his depression.

Worker's family's lawyer “Harsh working conditions surrounding animation workers have been a big problem for a while now. The government encourages animation businesses to present an image of a “Cool Japan”. It’s unforgivable to export the products of sweatshops. What’s indispensable to the anime industry is a decent working environment.”