Otaku Name the Series That Turned Them Onto Anime By Decade

Teens, 20's and 30's name the series that made them anime fans 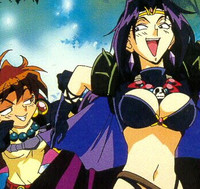 One day an anime series is an unforgettable classic. The next, the pop medium as passed on to the new hotness. Remember Escaflowne? YuYu Hakusho? Heck, remember InuYasha? In a series of 10,000 user polls, Charpedia looked into the resulting generation gap with a series of polls asking fans what series convinced them to become anime fans.