"I considered uploading files as a good manner." 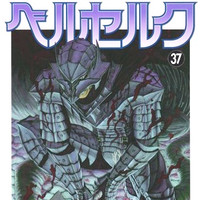 It has been quiet for a while, but it doesn't mean the Japanese police forget their job. Fukuoka Prefectural Police's Anti-Cyber Crime Division and its East station arrested a 27-year-old unemployed man from Kaga-city, Ishikawa Prefecture, on suspicion of copyright infringement (infringement of public transmission rights) on September 10. According to the police, the man is accused of using the file-sharing software Share to upload the 37th volume of Kentaro Miura's popular manga series Berserk to the internet without the permission of the copyright holders (Miura and the publisher Hakusensha) on April 28. The volume was published in Japan in March 2013. The suspect said that he had used the file-sharing software for 10 years and he uploaded those files because he considered it as a good manner. He is also arrested for another charge of illegal music uploading.

On the same day, Miyagi Prefectural Police's Consumer and Environmental Protection Division and its

Sashiosae, and the first volume of Working!!. The suspect also used the file-sharing software Share. The

police already searched his house and seized his PCs used for the crime. He confessed to the police,

"I had felt sorry for the people who always download, so I uploaded the files for them."

holder's permission is illegal in Japan. The criminal act can result in a 10-year jail sentence or a fine of