Hatsune Miku to Perform on The Late Show with David Letterman 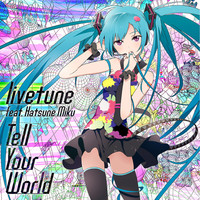 Continuing to share her love of music and bacon wrapped hotdogs with America, Hatsune Miku has been booked to appear on The Late Show with David Letterman October 8th. This televised performance will showcase the projection technology seen in the Vocaloid's upcoming concerts in LA and New York.

The schedule for those includes: