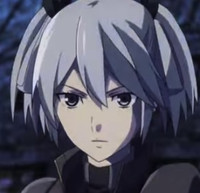 God Eater 2: Rage Burst is coming to PlayStation 4 and PS Vita in Japan on February 19, and the updated release once again sports an anime intro produced by ufotable (Fate/stay night, Fate/Zero). Bandai Namco Games uploaded the intro to YouTube, so you can go ahead and dig in below.