Besson's Europacorp, along with anime producer Satelight (Macross F, Aquarion), was involved with a 2007 animated adaptation 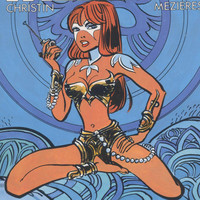 Luc Besson (Léon: The Professional, La Femme Nikita, The Fifth Element), a filmmaker who has both influenced anime/manga and been influenced by it, has taken the opportunity of his first Tweets to announce that his next project is an adaptation of Pierre Christin and Jean-Claude Mézières'Valérian and Laureline French sci-fi comic Valérian and Laureline.

Besson's Europacorp, along with anime producer Satelight (Macross F, Aquarion), was involved with a 2007 animated adaptation called Time Jam: Valerian and Laureline (that streams on Crunchyroll).

My first tweet ever! Let’s share a real news! My next film is a big sci-fi: #Valerian and the City of a Thousand Planets.