VIDEO: Cast and Crew Pick the Best of "Symphogear" 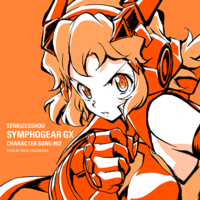 Bishoujo sci-fi Symphogear returns for its third iteration, GX July 3rd. Cast and staff will be back for the latest  Satelight and the series site has been updated with their picks for their favorite bits of the first two seasons.