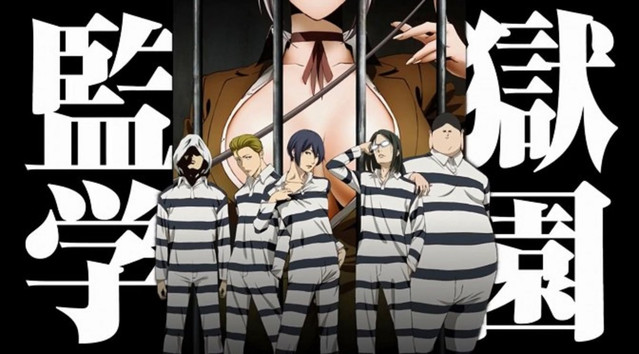 A recent Twitter conversation between Naoyuki Uchida, an author of mystery and horror novels who writes under the pen name of Yukito Ayatsuji, and Tsutomu Mizushima, the director of Prison School and SHIROBAKO, has cast some doubts on whether Prison School will receive a 2nd season.

The exchange begins with Uchida enthusiastically complimenting the show:

"Just finished the finale of Prison School. What a splendid jailbreak mystery. I was impressed. Is there going to be a 2nd season!?"

To which Mizushima demurely replies:

"Thanks for watching continuously since SHIROBAKO! I don't know about a 2nd season. I want to do it, but ... (embarrassed face emoji)"

To which Uchida responds with:

It's possible that Mizushima is just playing coy, although it's also noteworthy that SHIROBAKO was a break-out hit in Japan and there's still no announcements for a sequel series for that, either. We'll have to keep our fingers crossed.