"Kenka Bancho Otome" Takes Us Out on an Opening Movie Date 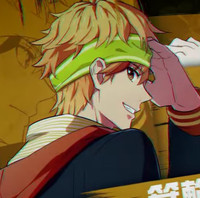 I don't know about you, but when delinquents aren't beating up other delinquents I can't think about anything else other than datin' 'em. That's a really stupid way of describing the concept of Kenka Bancho Otome, an otome visual novel spin on the school punk brawler series from Spike Chunsoft and RED Entertainment.

Of course the plot is a liiittle more involved than just "girl wants to date bad boys." It all starts when the heroine goes to Shishiku Academy, a delinquent-loaded all-boys school, in place of a brother from whom she was apparently separated at birth. As a member of the Onigashima family, he would have been expected to occupy and control the school, and now it looks like that unenviable responsibility has fallen to our lead. Meet some of the school's tuff-enuff eligible bachelors in the opening movie below.