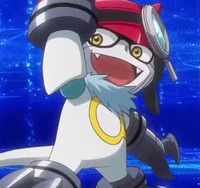 The promised unveiling of Digimon Universe: Appli Monsters has arrived, and it looks about as devious as any multimedia endeavor. The TV anime—set to debut on TV Tokyo this October—is just the tip of the iceberg for the project, which also includes an app, physical items like chips and a compatible Digivice, retail and downloadable 3DS games, action figures, and more. 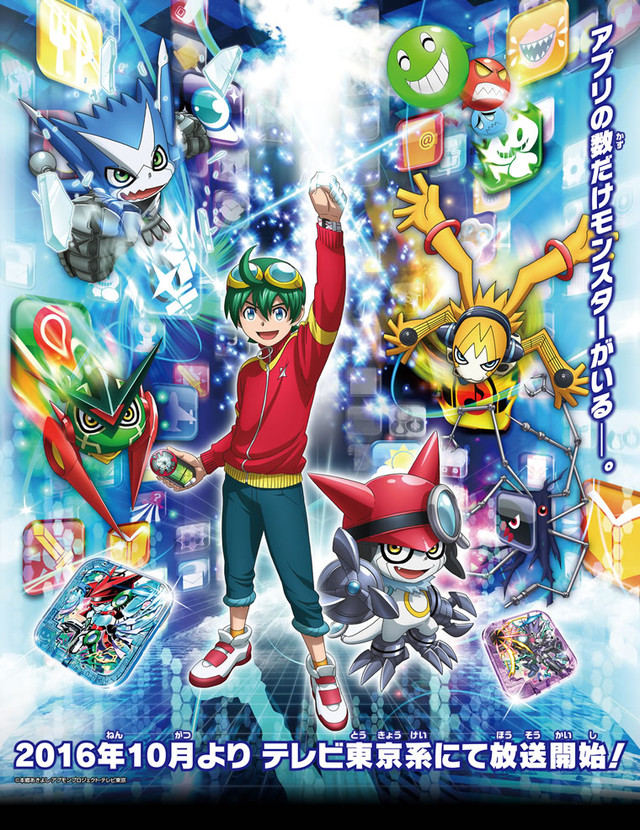 The story of Digimon Universe revolves around Haru Shinkai, who gets an Appli Drive of his own and unlocks its ability to bring Appli Monsters to life. The first he encounters is a search app monster called Gacchimon, which is the main Universe monster we've been seeing since the project was first teased.

Appli Monsters lurk within smartphones, and the balance between their world and ours is upset when the AI Leviathan takes control of them with a virus and hacks everyone's systems. Haru aims to learn more about his Appli Drive, the connection between the digital world and our own, the power to combine various Appmons, and the true goal that drives Leviathan.

The first trailer covers the overall project and the TV anime. You won't actually see the anime itself until about the 3:18 mark:

In the next promo you can see how the Appmon Chips (¥240 a pop) and Appli Drive (¥4,500) toys, due out in October, work together. That's followed by a preview of the Appli Monsters: Cyber Arena 3DS eShop game, which will allow players to scan in Appmon Chip QR codes to use them in battle. A more expansive retail 3DS game is set to follow at some point. The video closes with a look at some of the action figures you can collect and combine.