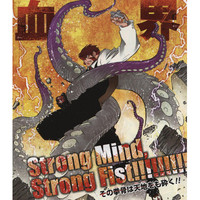 North American publish Dark Horse last released Yasuhiro Nightow's Blood Blockade Battlefront before the anime adaptation debuted, with February 2015's volume 7. That was released in Japan in June 2013, and the series went another three volumes before relaunching as Blood Blockade Battlefront - Back 2 Back in Jump Sq. Crown magazine in 2015. Dark Horse was recently asked about the status of the rest.

Asked on Twitter, Dark Horse explained that they are working with the series' Japanese publisher (Shueisha) to get the remaining three volumes. They also downplayed a digital release.