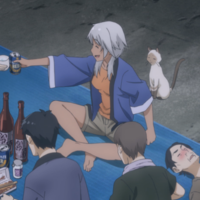 Hirosaki Neputa Festival is a summer festival, designated an important intangible folk-cultural property of Japan in 1980, in which illuminated warrior-motif neputa parade floats, including the ougi-neputa (a fan-shaped neputa) and kumi neputa (a man-shaped neputa) are put on display. In you watched Aomori-set series Flying Witch, you saw a hint of this in the finale, episode 12, "A Witch's Robe and Different Ways to Spend the Day." Well, the anime will be celebrating with the real thing.

Minami Shinoda (voice of Makoto Kowata) and Shiori Mikami (voice of Nao Ishiwatari) will be appearing at city hall on August 1st, promo posters will be displayed starting in late July, and an exhibit of production art will be displayed at the Hirosaki Machinaka Information Center July 29-August 30. 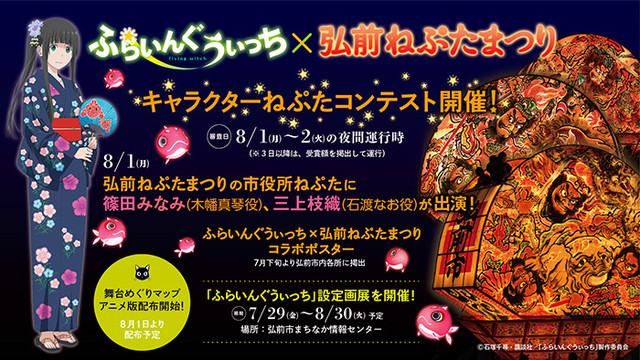