Both will wrap up with color pages in final chapters 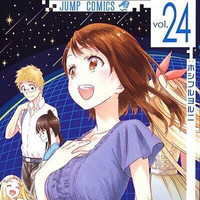 An early look at next week's issue of Shonen Jump issue 35 (new The Promised Neverland gets the cover, Black Clover and The Disastrous Life of Saiki K. get color pages) has revealed that the following 36-37 double issue will feature the end of both Bleach and Nisekoi. Both get color pages, while Nisekoi runs 25 pages.

Boruto, One Piece and Neverland also get color pages.

Nisekoi: The fake love story reaches the climax! super center color page, 25 pages special!! What will happen to the love born from a fake!

It'll receive a super anniversary special and have color pages!

Chapter 685 will be the final chapter of Bleach