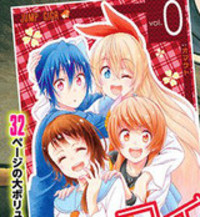 Previously announced, issue 4 of Shonen Jump Giga, the revamped version of what was Jump NEXT (and before that Akamaru Jump), features "Toki Doki," a 50-page one shot from Nisekoi author Naoshi Komi, and "Replay Bowl," a one short by Taishi Tsutsui, author of the similarly concluded Magical Pâtissière Kosaki-chan. There's now what's being called "Nisekoi Volume 0," a collection of scripts, production art, bonus illustrations and the like. 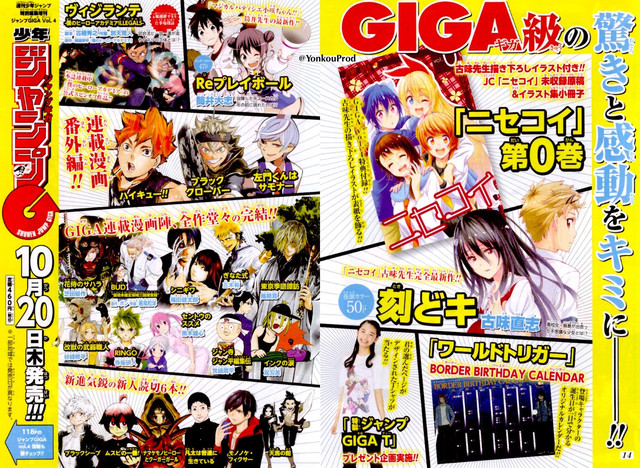 Toki Doki (Heart Beat) is the story of a transfer student who meets a girl with a heart condition that gives her about 220 million more beats before her death (6 or 7 years). 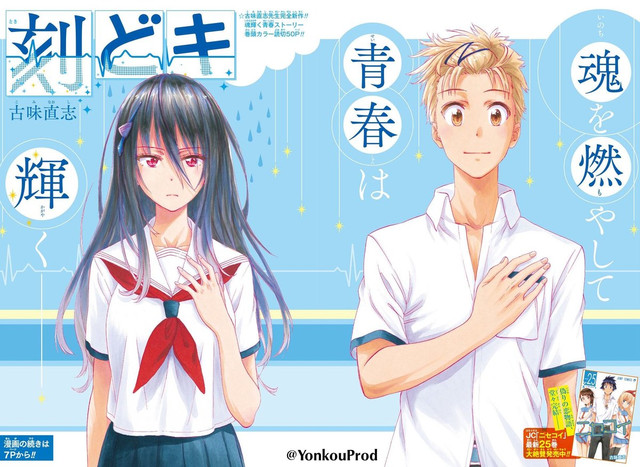 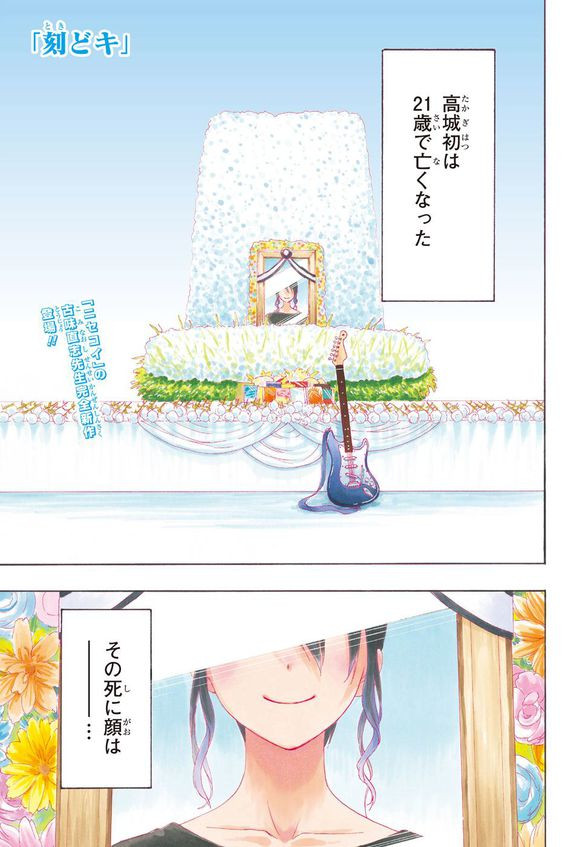 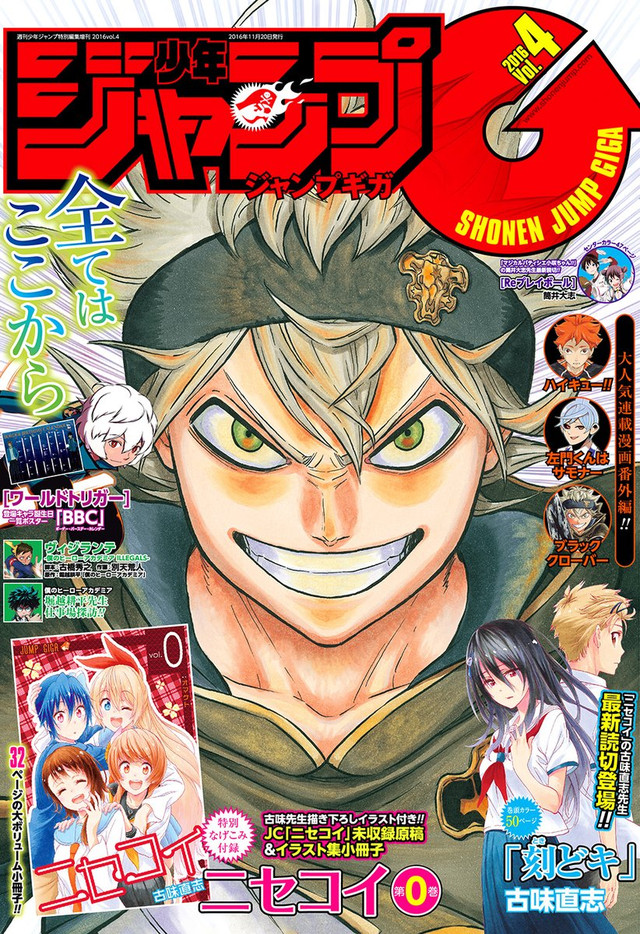