A new "Pokémon"-themed Itazura Bank features the popular critter collecting your coins for you. 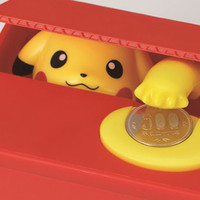 You know those cute little banks where you put a coin on top and a mechanical cat paw pops out and takes it? Those are called Itazura Banks, and they're available in a wide variety of cat breeds. They've garnered a faithful following, to the point that they're sold out more often than not.

Now there's one for Pokémon fans, too: instead of a curious cat, a helpful little Pikachu will help you save your money. 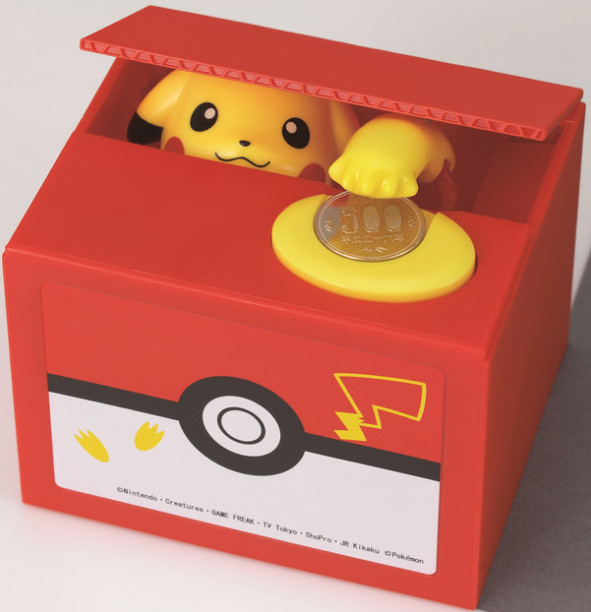 The new Pikachu Itazura Bank features the popular Pokémon character inside a box decorated to look like a Pokéball. As with other Itazura banks, you operate it by placing a coin on the little dish on top of the box. Pikachu peeks out, grabs the coin, swipes it in, and closes the box back up again. You money is safe... provided he's not off spending it on poffins or something.

The banks are available for purchase worldwide at 2,980 each before tax, and will store approximately 40 500-yen coins.