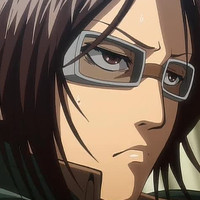 Series manga publisher Kodansha has a not-so-fast on Deadline Hollywood's exclusive concerning a Hollywood Attack on Titan movie from Warner Bros. Yahoo! Japan is reporting that a company representative has indicated that while they cannot comment on specifics, they can say various movie negotiations are underway and do say that the Deadline story is erroneous.

Deadline reported that Warner Bros. is negotiating for feature film rights and that Fantastic Beasts and Where to Find Them producer David Heyman is overseeing the project.