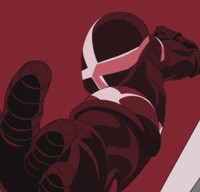 Hiroshi Nagahama—director of The Reflection, which also includes the talents of American comic legend Stan Lee, musician Trevor Horn, and Studio DEEN—is all over this weekend's Sakura-Con. As for The Reflection itself, it's going to be all over Crunchyroll when it debuts this summer. Crunchyroll announced plans to stream the superhero series during its panel on Saturday, and you can see more footage in the official promo below.

Set in a world where people spontaneously develop superhuman abilities, The Reflection features the following staff:

✨ COMING TO CRUNCHYROLL THIS SUMMER: pic.twitter.com/NMuUxDUhZC