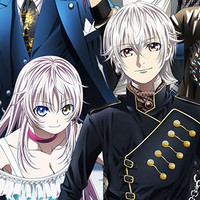 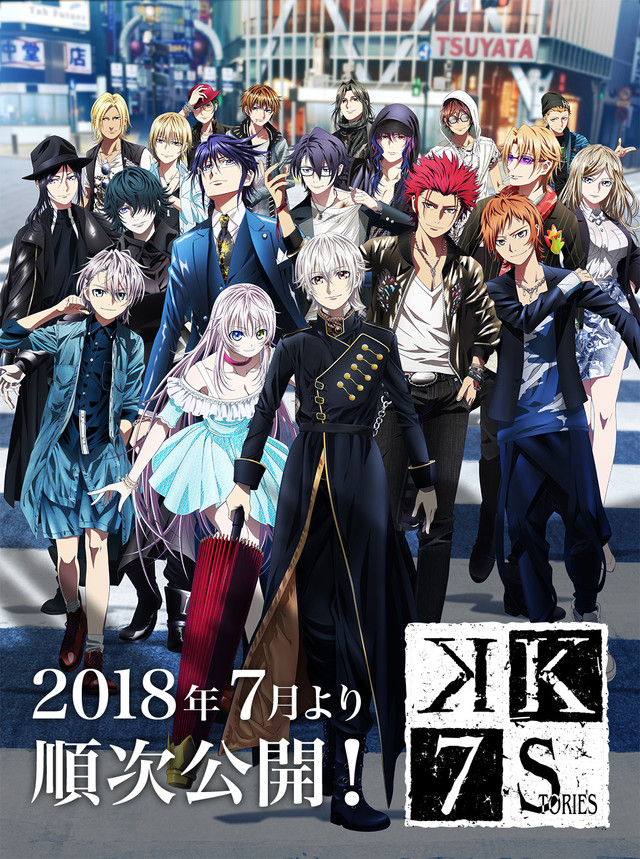 The official Japanese web site for K: Seven Stories, the upcoming theatrical continuation of the K animated series, has released a torrent of new information, including a new key visual (above), a new trailer (below), and the release dates for the series.

K: Seven Stories will be released sequentially in theaters in Japan beginning in July of 2018. The release dates for the various episodes are as follows:

A spin-off short movie entitled "The Idol K" will screen alongside each episode.

K: Seven Stories is directed by and features character designs by Shingo Suzuki. The series composition is by GoRa, while the animation production is handled by GoHands. The K series is licensed for distribution in North America by Viz Media, who describe the story of K as follows:

Shiro is an easygoing teenager content with just being a student—until his seemingly perfect life is halted when a bloodthirsty clan, glowing red with fire, attempts to kill him in the streets. Unbeknownst to Shiro, he is suspected of murdering a member of their clan and will need a miracle to escape their vengeance. Miraculously, a young man named Kuroh Yatogami swings in and aids Shiro in his getaway, only to reveal he’s also after Shiro’s life.

Now a hunted man, Shiro will have to evade the clans of seven powerful kings and desperately try to prove his innocence—before it’s too late!